Home » Liver » What causes transaminitis and how to treat it 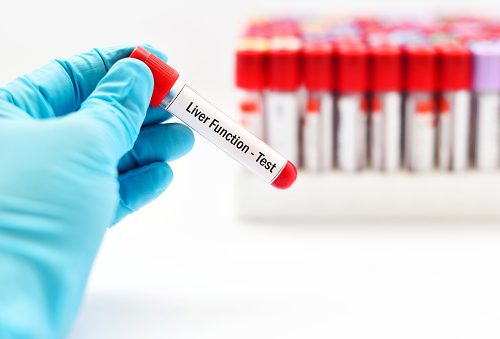 Transaminitis refers to having high levels of certain enzymes called transaminases. These types of enzymes are commonly associated with the liver, which produces several different kinds of enzymes that get released into the body. The most important of which are alanine transaminase (ALT) and aspartate transaminase (AST), which can be useful for evaluating liver health and other related conditions.

The liver is a multifunctional organ that provides many beneficial effects for the body, including facilitating the breakdown of consumed nutrients and filtering out toxins from the bloodstream. The production of enzymes by the liver facilitate this process through biochemical reactions, breaking down substances to be more efficiently used or cleared by the body.

When increased level of transaminases is discovered in the body, doctors will immediately make the liver the focus of investigation. They will use this new information to cross-reference other diseases and condition that may affect the liver to help reach a precise diagnosis. However, certain enzymes such as ALT may be associated with other organs in the body besides the liver like heart.

Elevated transaminases are found as such when looking at various ranges.

Overall, transaminitis causes may involve the use of certain drugs, be a normal finding during pregnancy, myocardial infarction or myocarditis, and biliary tract disease.

Fatty liver is a condition of fat build-up in the liver. The medical term for fatty liver is called steatosis. While a small quantity of fat is considered normal in the liver, more than five to 10 percent of liver weight attributed to fat is the criteria for a diagnosis of a fatty liver. Conditions such as a fatty liver can inhibit the liver from doing its job efficiently.

Fatty liver is considered a reversible condition when identified early, often requiring only lifestyle and behavioral changes. In the early stages, this condition often presents with no symptoms and typically does not result in permanent damage. However, when repeated damage occurs to the liver, permanent scarring may take the place of normal liver cells. This is called liver cirrhosis.

Nonalcoholic fatty liver disease (NAFLD) is considered the most common reason for a person to develop elevated liver enzymes as found on a blood test. As the name suggests, this condition causes occurs in those who do not consume excessive amounts of alcohol.

Potential symptoms may include fatigue, mild abdominal pain, and/or an enlarged liver felt during physical examination.

Certain viral infections may lead to inflammation of the liver, known as hepatitis. The most common viruses causing transaminitis are hepatitis B and C. Other forms of hepatitis exist and have varying degrees of presentation and time of onset. Various forms of hepatitis can be successfully prevented via vaccination.

Symptoms of hepatitis B and C may include jaundice (yellowing of the skin and eyes), dark urine, nausea, vomiting, fatigues, fever, loss of appetite, and abdominal pain or discomfort.

A cancer of the liver cells, which is also known as hepatocellular carcinoma. However, it is important to note that the majority of liver cancers are by metastasis, with cancer elsewhere in the body. Elevated liver enzymes are a common attribute of liver cancer. Most cases of liver cancer occur for unclear reasons, however, some instances can clearly lead to the development of liver cancer if no intervention is taken.

A condition characterized by scarring or fibrosis of the liver. It does not have one single causative origin. Many forms of diseases and conditions, such as hepatitis or chronic alcoholism, can lead to its development. Scarring is a response to continual liver damage. Each time it occurs, your liver repairs itself with scar tissue. Over time, more and more scar tissue replaces the hepatic tissue, until a point is reached where the function of the liver becomes compromised. Damage leading to liver fibrosis generally cannot be undone, but if diagnosed early, it can be limited.

A condition of the body where the immune system attacks your own liver cells. This often leads to the liver becoming inflamed, causing elevated liver enzymes. The cause of autoimmune diseases is not known, but appears to have genetic and environmental influences. Patients may present with symptoms of fatigue, abdominal discomfort, anorexia, myalgia, and edema.

Many of the drugs we use, prescribed by a doctor or not, can cause an overload on the liver, resulting in elevated liver enzymes. Acute liver injury is a common occurrence and is one of the signs doctors use to decide an alternative medication. These medications include statins, tetracyclines, and anti-seizure medications. Common over the counter medication leading to liver damage include acetaminophen (Tylenol) and non-steroidal anti-inflammatory drugs (NSAIDs) like ibuprofen, aspirin, and naproxen.

Common herbs that may cause transaminitis include chaparral, kava, senna, skullcap, and ephedra. It is advised to disclose any herbal medicines or other types of drugs you are currently using,

Commonly referred to as “mono” or the “kissing disease,” this condition is caused by the Epstein-Barr virus (EBV) and is commonly transferred via kissing. The condition may also be caused by cytomegalovirus (CMV) in some cases. Symptoms typically include swollen lymph glands, a sore throat, and high fever. Many cases of mono involve the liver and possibly cause it to become enlarged or inflamed, leading to elevated liver enzymes.

Celiac disease (gluten-sensitive enteropathy), sometimes called sprue, is a condition where there is a damaging immune reaction to gluten—a protein found in wheat, barley, and rye. The immune reaction occurs in the small intestine and over time, damages the intestinal lining, leading to malabsorption of essential nutrients, weight loss, fatigue, bloating, and anemia. Celiac patients often have elevated liver enzymes.

A condition whereby inflammation has overtaken it, leading this organ to not function as it should. There are a number of different causes of pancreatitis, such as alcoholism and gallstones, but sometimes, the nature of the condition is never found. Pancreatitis often leads one to be admitted to the hospital. Symptoms of acute pancreatitis may include nausea, vomiting, and pain in the upper abdomen. Elevated liver enzymes are often a feature of this condition.

Elevated liver enzymes are not caused by any of the diseases or conditions mentioned, but are a consequence of them.
Knowing this, transaminitis treatment will depend on the underlying cause.

Staying away from fatty foods, foods that are spicy and oily, as well as medications known to affect the liver is recommended. Alcohol is especially taxing on the liver and should be eliminated from the diet completely.

In cases of liver cancer, the need for a liver biopsy may be required to assess the level of spread, helping to guide treatment.