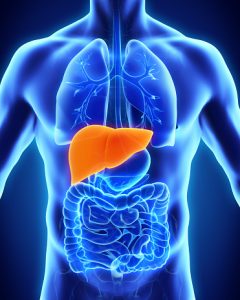 Liver cysts or hepatic cysts are relatively common and can be simple or the sign of a more serious health condition. The thin-walled sac filled with air, fluid, or semi-solid material on the liver can include various symptoms depending on the cause.

It is not unusual for a person to get one or two liver cysts or hepatic cysts that require little medical attention. However, there are cases where numerous cysts grow rather large and need to be addressed with the help of a medical professional. An ultrasound or CT scan detects most liver cysts when a person is undergoing them for other reasons. For the most part, liver cysts are benign and do not affect the function of the liver.

Can hepatic cysts cause abdominal pain?

It is only natural for people to wonder if hepatic cysts cause pain. Many people do not even realize when they have one small liver cyst, so usually, there are no signs or symptoms. When the cyst is large though, it could cause pain and discomfort. The pain is usually in the upper-right part of the abdomen. Sometimes these cysts need to be drained or removed.

Liver cysts can indicate that a person has an underlying condition, such as polycystic liver disease, which is an inherited disorder; echinococcus, best described as a parasitic infection; or liver cancer.

Simple cysts or hepatic cysts are found in about one percent of adults, and although we can’t say why, they are more common in women than in men. They are usually just a few millimeters in size. Lesions can often look like cysts but are classified as a liver abscess: a cancerous growth with dead cells of liquid in the center. Something called hemangioma can also look like a cyst. It is a benign collection of blood vessels and looks like cancer. Cystadenoma is another benign cystic lesion that can progress to cancer called cystadenocarcinoma.

The polycystic liver disease involves numerous benign liver cysts and happens with some people who suffer from polycystic kidney disease, which is a condition that tends to be inherited.

Echinococcus related cysts are due to a parasite. Humans usually get it from exposure to feces of infected dogs and sheep.

Just what causes cysts on the liver continues to be a source of research and discussion. While the specific cause of a simple liver cyst really remains unknown, we do know that liver cysts can be present at birth or develop over years. If they are inherited, they typically grow slowly and are discovered during adulthood.

We mentioned the causes in brief above, but let’s take a closer look at the categories that liver cysts can fall into:

The majority of cysts cause no pain or other symptoms, but larger cysts can lead to bloating and pain in the upper right abdomen. There are some instances where a cyst can actually become so large that you can feel it through the abdomen. The concern is that very large cysts can have an impact on other organs, which may lead to symptoms of nausea, vomiting, poor appetite, and jaundice.

Parasitic cysts have been known to cause fever for some people. Bloody sputum and severe skin itching are other signs associated with parasitic cysts. There is one type of echinococcosis (parasitic cyst) that can also cause symptoms similar to cirrhosis or liver cancer.

Since most liver cysts do not cause symptoms, liver cyst treatment is not necessary. Ultrasound and CT scans are thought to be the best tools for detecting the cysts. Once a cyst is discovered, a doctor will decide whether a biopsy is needed to help determine the type of cyst. Blood tests can rule out a parasite.

Usually, it is only those who show signs and symptoms of liver cysts that require surgical removal of a portion of the cyst wall. Removing fluid from the cyst can be done, but often times it is not all that effective because the cyst just fills back up again. Thankfully, surgical removal is done laparoscopically, which requires just a few small incisions and means the patient will have a quick recovery. When part of the cyst wall is removed, there is little chance of cyst recurrence. When a parasite is the cause of the cyst, antibiotics are a common treatment.

There are different ways to address a cyst on the liver with natural treatment when they are simple cysts. The following are natural home remedies that in some cases gradually shrink the cysts.

Whenever the word cyst is mentioned, it seems to cause panic. People automatically associate liver cysts or hepatic cysts with cancer. While many of us could be walking around with small, simple liver cysts without ever knowing it or needing to treat them, if any of the signs and symptoms mentioned here develop, it is possible a larger cyst is present. Since most of the symptoms that come with large cysts can also be linked to other health conditions, you really shouldn’t jump to conclusions. Getting a quick and proper diagnosis as opposed to self-diagnosing is important, and for the most part involves simple testing.

Protein in the diet is vital for liver function: Study

6 signs that your liver is in trouble