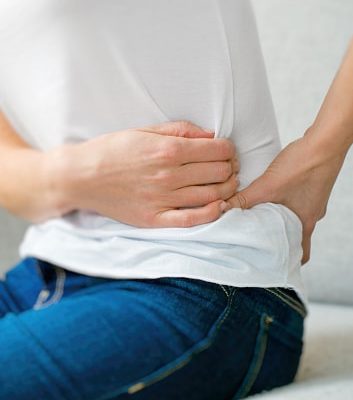 The kidney plays an important role in the human body. It filters waste, balances fluid volume, balances electrolytes, and helps maintain blood pressure. Kidney stones are a common disorder of the urinary tract. Struvite kidney stones are a mix of magnesium, ammonium, and phosphate. They are found more in women than in men because women tend to develop urinary tract infections more often. Since struvite stones grow so fast, they have a strong potential to cause impairment to the kidney. Thankfully, advances in medicine mean that management and treatment of kidney stones have improved significantly.

Kidney stones made up of calcium oxalate are rather common in the Western world and struvite kidney stones make up about 30 percent of urinary tract stones. In the U.S., it is estimated that anywhere between 10 and 15 percent of all stones are struvite.

Struvite stones are found more often in women and those who are over the age of 50. Unfortunately, even after these stones have been removed, about 10 percent of patients get recurring stones. In some cases, fragments of stones are left following treatment. These individuals face a much higher chance of getting the full-blown stones again. Studies show that people who get struvite stones a third time and are treated in a conservative manner (not surgery) could face renal failure, pyelonephritis, and sepsis. Pyelonephritis is severe inflammation of the kidney tissue. There are rare cases where chronic inflammation and infection can lead to cancer, which comes with a very poor prognosis.

Kidney stones are formed from crystals. Normally, urine is slightly acidic, but if a person has a bacterial infection, the urine becomes more alkaline. This is due to the fact that bacteria can convert urea in the urine into ammonia. Ammonia raises alkaline pH in urine. There are minerals in urine that just do not dissolve in alkaline urine, so they build up into crystals. So in a nutshell, this is what causes struvite kidney stones.

As mentioned above, struvite stones are a combination of ammonium, magnesium, and phosphate mineral. They develop when urine is alkaline, which generally happens during a bacterial infection or soon after an infection. There are a number of different bacteria that can lead to the formation of stones, including staphylococcus, hemophilus species, klebsiella species, and pseudomonas, to name a few. Yeast can also cause struvite stones. Cryptococcus species, Rhodotorula species, Sporobolomyces species, and Candida humicola are among the yeast that can lead to the formation of stones.

What are symptoms of struvite kidney stones?

Struvite kidney stones are not without complications. For instance, infectious problems can occur with non-invasive or invasive treatment. Infections tend to happen early after what is known as Percutaneous nephrolithotomy or PNL, which is a minimally-invasive procedure to remove kidney stones by making a small puncture wound through the skin. Detecting a bleed following PNL is very important. Those who undergo Shock Wave Lithotripsy or SWL, a treatment that uses shock waves from outside the body to target the stones and cause them to fragment, have lower risks.

Here is an overview of potential complications associated with struvite kidney stones:

Struvite kidney stone treatment can be categorized as medical or surgical. There are certain circumstances where surgery is recommended. For instance, a staghorn kidney stone is a large stone that spans more that one branch of the renal pelvis and usually requires surgical removal.

It is worth noting that between 70 and 90 percent of typical crystals are tiny enough to travel through the urinary tract and leave the body in the urine without even being noticed. In other words, no treatment is required.

Eliminating infection and lowering the chances of new struvite stones forming can be accomplished with a struvite kidney stones diet. The list below outlines some of the dietary steps to take into consideration if you are concerned about kidney stones.

While many stones do pass on their own, unfortunately, this is not the case 100 percent of the time. While treatment for kidney stones can be very important, patients also want to know what the chances are of having to go through that excruciating pain again.

Essential oils for kidney stones: How to use and recipes