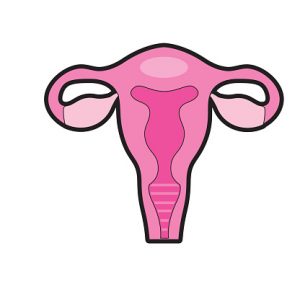 Endometrial hyperplasia is defined as the excessive proliferation of cells of the inner lining of the uterus, known as the endometrium. This occurrence is generally considered to be a precursor to the development of endometrial cancer and has been shown to be the result of unopposed estrogen, as seen in cases of exogenous estrogen therapy, anovulatory cycles, polycystic ovary syndrome (PCOS), or obesity.

Who is at risk of endometrial hyperplasia?

Women around or after the age of 35–40 years old are generally observed to be the age group who may develop endometrial hyperplasia. However, it isn’t until these women become postmenopausal (generally greater than 48–50 years old) that the majority of cases are diagnosed.

The following are the risk factors for developing endometrial hyperplasia:

If you are concerned that you may have one or many of the above risk factors, speak to your healthcare provider for further evaluation.

What are the causes and complications of endometrial hyperplasia?

The endometrium is an inner epithelial layer of the human female uterus. During typical menstrual cycles, this layer thickens and then sloughs off in accordance with the fluctuations of various hormones such as estrogen. The reason for the thickening of the endometrium is to prepare for the potential of pregnancy as vascular space would be needed to accommodate a growing placenta and developing fetus.

Endometrial hyperplasia is an abnormal overgrowth of endometrial tissue, and most commonly due to long-term exposure to unopposed estrogen. This creates an imbalance of other regulatory hormones of the menstrual cycle, primarily progesterone, leading to the proliferation of the endometrium.

Causes that can lead to unopposed estrogen stimulation include:

Complications of endometrial hyperplasia include:

What are the types of endometrial hyperplasia?

What are the symptoms of endometrial hyperplasia?

Those with endometrial hyperplasia may present with:

How to diagnose endometrial hyperplasia

Most cases of endometrial hyperplasia will initially be brought to the patient’s attention via the presentation of abnormal vaginal bleeding, making them seek the advice of a medical professional. The doctor will then perform a thorough medical history helping rule out any potential causes. A physical examination may also be done to help identify any other signs of underlying disease. This often includes a pap smear that may help identify any cellular abnormalities.
More accurate diagnostic tests will assess the thickness of endometrial tissue. This can be done with a pelvic ultrasound, and if found to be greater than 4mm in thickness, suspicion for endometrial hyperplasia or malignancy will likely arise.

The most accurate test for determining a diagnosis of endometrial hyperplasia will involve taking a biopsy vis hysteroscopy to be examined under a microscope. This is typically done in the office during a pelvic exam and has the added benefit of being relatively fast to perform. This will allow for the identification of benign or cancerous forms of endometrial hyperplasia.

How to treat endometrial hyperplasia

Having a case of non-cancerous endometrial hyperplasia will often involve hormonal manipulation treatment, helping to restore any hormonal imbalances that may have occurred. This may include:

Having a diagnosis of precancerous forms of endometrial hyperplasia will require treatment that depends on the underlying cause of the condition. Physicians will often approach each on a case by case basis as treatment may not be the same for all patients. Treatment measures may include:

The following are some natural treatments that may be useful for reducing endometrial thickness, not cure it. Therefore, it is important to get the approval and recommendation for any cause of abnormal vaginal bleeding before trying any of the following methods.

Ice bag: Putting a bag of ice near the pelvic region for about 15 mins can potential help relieve pain associated with endometrial hyperplasia.

Clay packs: Made of clay and water, clay packs can be applied to the abdomen in at least half an inch thickness. Once done, cover with a cotton cloth and allow to dry for at least an hour. This may help your body reduce endometrial thickness.

Goldenseal: Known for having anti-inflammatory, antibiotic, and astringent properties. This makes it great for those with excessive menstruation, helping to relieve pain and stomach cramps. Goldenseal may also help prevent endometrial thickness.

Prevention and prognosis of endometrial hyperplasia

Unfortunately, there is no known sure-fire method for preventing the development of endometrial hyperplasia. However, there are several things a woman can do to reduce her risk. This includes smoking cessation, avoiding obesity, taking a combination of oral contraceptives, seeking early treatment for underlying conditions, and getting a regular medical examination.

The risk of developing endometrial cancer with pre-cancerous forms of endometrial hyperplasia is roughly 25–33 percent. This is quite high and affected women are recommended to obtain appropriate treatment and to adhere to frequent follow-up visits.