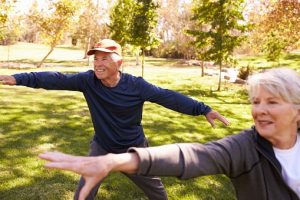 With the world’s population aging, more and more people are losing their memory. This is why there is a strong focus on finding preventative measures for memory loss, preferably natural remedies.

Researchers examined the effects of tai chi on different levels of mild cognitive impairment — a precursor to future more serious memory loss — to determine its effectiveness for maintaining memory.

MCI can very much interfere with a person’s daily life, such as performing everyday tasks like driving, shopping, or caring for themselves, as the individual may become forgetful.

There is some preliminary research to suggest that tai chi can help support the brain, as it promotes blood circulation, which slows down the death of brain cells and aging of the brain.

The Chinese researchers of the recent study recruited 160 older adults to explore the effects of tai chi on the brain and MCI. The participants were divided into two groups: One group received one hour of tai chi lessons for 16 weeks and the other group did not.

The researchers uncovered that the older adults that received tai chi scored better on questionnaires measuring cognitive ability. The results remained even after accounting for age, education, marital status, and living conditions.

Although the study did pose some limitations, including the study not being blind, it still reveals that this type of exercise has the potential to offer benefits to brain health.

Generally, any type of exercise has been shown to improve cognitive function as it improves heart health and circulation. Tai chi offers a gentle mode of exercise which is especially important for older adults who may be limited in their abilities.