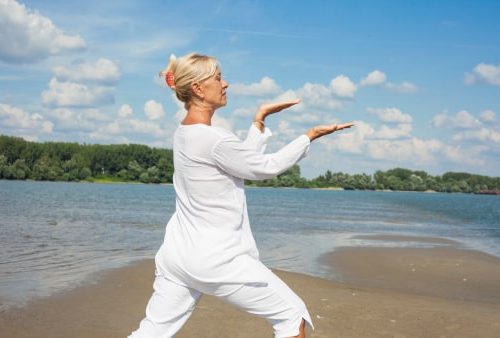 Patients suffering from chronic pain often have to explore many avenues to discover the best pain management therapies for themselves. A new study has shown that tai chi may be a viable option in this capacity and, in fact, may be even more beneficial than aerobic exercises. The researchers cite their desire to give chronic pain patients as many feasible treatment options as possible as their reason behind the experiment.

The researchers studied patients with fibromyalgia, a long-term serious medical condition that causes widespread pain across the body. The condition affects between two and four percent of the global population. Currently, aerobic exercise is a standard recommendation for symptom management, yet many patients have trouble adhering to the guidelines with their fluctuating symptoms.

For this reason, a group of researchers set out to compare the impact of tai chi on pain management to aerobic exercise. They examined the effects on 226 adults with fibromyalgia, who had experienced chronic pain for an average of nine years and who had never tried tai chi or aerobic exercise for pain management. The average age of the participants was 52 and 92 percent of the population they examined was female.

“Tai chi mind-body treatment results in similar or greater improvement in symptoms than aerobic exercise, the current most commonly prescribed non-drug treatment, for a variety of outcomes for patients with fibromyalgia,” write the authors. “This mind-body approach may be considered a therapeutic option in the multidisciplinary management of fibromyalgia.”

The authors did highlight several limitations to the study, however. Firstly, the patients were aware of their assigned groups. It was also noted that attendance between the two groups differed, which may have had an impact on the results. The strengths of this study compared to others, though, were the size and diversity of the population group as well as the follow-up period, which was longer than a number of other similar studies.

Chronic neck pain can be relieved with tai chi: Study

27 essential oils for fibromyalgia and how to use them