Home » Heart Health » Cholesterol » Can your cholesterol be too low? 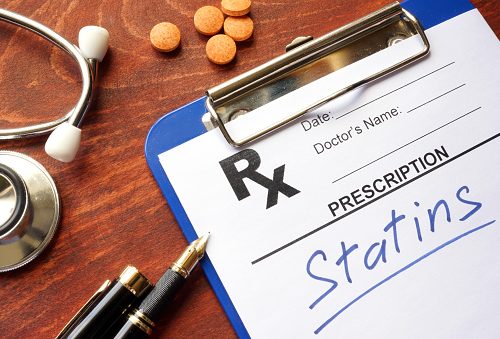 Anywhere you look and anyone you talk to, the message is always the same—lower your cholesterol. This can be done through lifestyle changes such as eating well and regular exercise or through medical intervention.

You may think the lower your LDL cholesterol, the better your health may be, but some experts suggest that there is a limit to how low your LDL levels can be before you start to encounter some serious problems.

To determine the risks and benefits of low LDL cholesterol, researchers explored drug combinations aimed at lowering cholesterol to determine whether this would do more harm than good.

The study—known as FOURIER—enrolled over 27,000 people who were being treated with statins. Half of the participants received an injection of evolocumab, while the other half received a placebo or nonactive injection. Evolocumab is a PCSK9 inhibitor and can contribute to great drops in LDL cholesterol levels. Previous studies on statins and evolocumab combination therapies found participants experienced dramatic drops in their LDL cholesterol.

At the start of the study, participants cholesterol levels were at 90mg/dL and fell to 30mg/dL after 48 weeks on the combination treatment.

Furthermore, evolocumab reduced the risk of serious heart-related events by nearly 15 percent—one in every 67 people would avoid all cardiovascular-related events.

On the other hand, there was no reduction in death over the span of two years.


How low can LDL levels be?

When LDL cholesterol is lower, so is the risk of a cardiovascular event. Unfortunately, doctors are still unsure as to how low LDL cholesterol can be without increasing the risk of harm. This is unknown because “too low” cholesterol levels have not previously been explored, or if they were, there were not enough participants to make the findings statistically relevant.

This is what makes the FOURIER study so important, as it was the first to reanalyze results based on “too low” levels of LDL cholesterol. The study found that the risk of cardiovascular-related complications continues to decrease as LDL cholesterol levels continue to drop.

There is one limitation to the study, though, and that is that participants were not followed past two years, so the long-term effects of extremely low LDL cholesterol are unknown. Researchers are also unaware if the risk of death would drop if LDL cholesterol levels were to remain very low.

Complications of drug use may only present themselves after many years of usage, not just after two. Furthermore, in some, lower LDL cholesterol doesn’t always translate to improved health. A previous study found that reducing LDL cholesterol by 25 percent increased the risk of cardiovascular disease and death.

Another question that may still need to be answered is whether evolocumab is worth its $14,000 a year price tag. Many insurers do not cover this medication, so many individuals who are struggling to lower their cholesterol levels through other means may not have access to such treatment. Further research will need to be conducted to determine whether evolocumab can be successful in reducing the risk of death.

In the meantime, it’s still very important that you continue to adhere to a healthy lifestyle to try and reduce your LDL cholesterol levels as much as possible, naturally.

Related: LDL cholesterol levels may be improved by eating an avocado a day in obese individuals