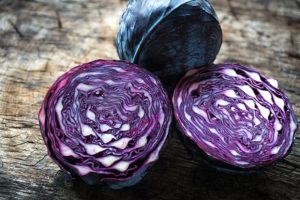 Research in animal studies has uncovered that red cabbage microgreens help reduce LDL cholesterol – bad cholesterol. Microgreens are gaining traction in the food industry and showing up in more dishes. Not only do they add flavor and color to dishes but they are loaded with nutrients. The researchers wanted to test the benefits of red cabbage microgreens on mice who consumed a high-fat diet as a means of reducing cardiovascular disease risk.

Further research is required to determine if the same benefits will translate on humans.

Boost your energy with these 5 foods