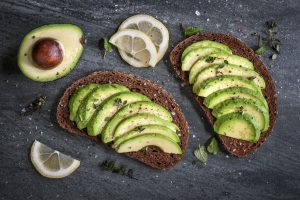 Have you been avoiding avocados because they’re high in fat? New research shows that you may be missing out on the fruit’s benefits to your cardiovascular health and cholesterol numbers.

In fact, eating an avocado a day, as part of a diet with moderate fat intake, could help lower cholesterol in patients who are obese or overweight. Dietary fat – the good kind – is an important part of your diet, making the versatile avocado a superfood you shouldn’t overlook.

Have you tried slicing some avocado onto a salad or spreading it on whole-grain bread for a sandwich topping? Delicious!

Avocados have long had a reputation as a dietary “no-no” because of their high fat content. But most of that fat is monounsaturated, a “good fat” that lowers the levels of cholesterol in the blood and cuts the risk of cardiovascular disease.

The fruit also has about 4 grams of protein in each one, low amounts of natural sugars, nearly half the recommended daily intake of fiber, and nutrients like potassium and vitamin K. Research published in Nutrition Journal in 2014 found that eating half an avocado with lunch each day could satisfy hunger in overweight people and help with weight management.

For the new study, published in the Journal of the American Heart Foundation, researchers aimed to see how replacing sources of saturated fatty acids or “bad fats” with avocados could reduce levels of bad cholesterol and therefore cut the risk of cardiovascular conditions like heart attack and stroke.

The study involved 45 healthy participants aged 21 to 70, who were either obese or overweight.

Their diets before the study were considered typical for Americans, consisting of about 34 percent of calories from fat (17 percent of that comprised monounsaturated fatty acids). Each participant followed three cholesterol-lowering diets for five weeks apiece: A lower-fat diet without avocados (24 percent fat, with 11 percent of that monounsaturated), a moderate-fat diet without avocados, and a moderate-fat diet including one Hass avocado daily.

But impressively, after following the moderate-fat diet with avocado, LDL cholesterol levels came in at 13.5 mg/dL lower compared to baseline levels. The researchers also reported improvements in other blood measurements like total cholesterol, small dense LDL, triglycerides and non-HDL.

While the study involved controlled eating, the researchers said that the results indicate that avocados could have the potential to reduce LDL cholesterol when part of a diet with moderate fat intake.

“We need to focus on getting people to eat a heart-healthy diet that includes avocados and other nutrient-rich sources of better fats,” says study author Penny Kris-Etherton of Pennsylvania State University.

While we tend to associate avocados with guacamole, which is often consumed with unhealthy foods like corn chips, they can also be eaten in salads and sandwiches, with vegetables and lean sources of protein like poultry. Avocados aren’t a typical mainstream American food, but that doesn’t mean you won’t enjoy acquiring a taste for them.

Eat for your heart health

Avocados aren’t the only food that can help you control your cholesterol, but they’re a good bet. Other foods with heart-healthy qualities include salmon, garlic, beans and walnuts. Include some of these foods in your diet in place of those high in saturated fats, like fatty cuts of meat, aged cheeses, heavy cream and palm oil.

Next time you’re making a sandwich or salad, be sure to slice up some avocado!