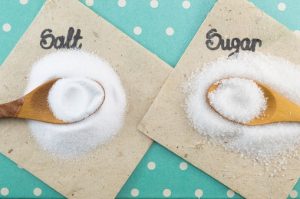 Noise-induced hearing loss (NIH) occurs with the exposure of – you guessed it – noise. Very loud noise and either at once or overtime are dangerous. Roughly 15 percent of Americans live with NIH, which can either be temporary (such as ringing in the ears after a loud concert), or permanent.

A new treatment may be successful in preventing lifetime NIH, but you will cringe just reading about it.

Researchers uncovered that injecting a salt or sugar solution directly in the eardrum may help prevent noise-induced hearing loss.

Researchers at the University of Southern California’s (USC’s) Keck School of Medicine were determined to uncover the cause of NIH and to do so, they built a tool which allowed them to take detailed pictures of the cochlea. The cochlea is responsible for transforming sound so that it can be interpreted by the brain.

The study was conducted on mice who were exposed to incredibly loud noises – similar to that of a roadside bomb detonating. The researchers took pictures of the mice cochlea before and after the noise.

The images revealed that many of the tiny hairs located in the cochlea had died off and that fluid buildup occurred, which was high in potassium. The fluid buildup could explain why your ears feel “full” after attending a concert.

The researchers suggest that this buildup kills neurons, which are an essential part of hearing along with the tiny hairs. The death of the tiny hairs was immediate and irreversible whereas the fluid buildup took time, which means there was a window of intervention available to prevent it from occurring.

They suspected that because salt or sugar can offset the effects of potassium. By injecting it in the eardrum, they could delay the fluid buildup. By doing this, the researchers prevented between 45 and 64 percent of neuron death. This was successful for up to three hours after the exposure of the loud noise.

The next steps are to test this treatment method on humans. The researchers are hopeful that this treatment may benefit those out in combat and those who endure loud sounds. In the meantime, reduce your risk of NIH by avoiding loud noises and protecting your ears with plugs when applicable.