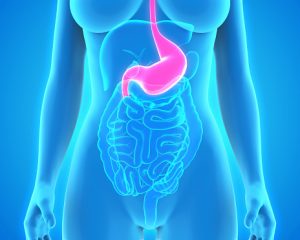 Bile reflux is a condition where bile backs up into the stomach and the esophagus (the tube connecting the stomach and mouth). Bile is an important agent that aids in digestion. It is produced by the liver. Bile reflux may accompany acid reflux, but the two are separate conditions.

Unlike acid reflux, bile reflux cannot be solely controlled by natural remedies, but they do help. The primary course of treatment in bile reflux is medication, or in severe cases, surgery.

Bile is released after you eat a meal that contains fat. It travels from the gallbladder through two tubes, the cystic duct and common bile duct, into the small intestine to aid in digestion. The flow of partially digested food from the stomach to the small intestine is controlled by the pyloric sphincter. When this sphincter doesn’t close properly, bile backs up into the stomach. Common causes of bile reflux include complications of surgery of the gastrointestinal system, peptic ulcers, or gallbladder surgery.

Although natural remedies cannot cure bile reflux, they can go a long way in improving the condition as a complement to your prescribed treatment. Here’s what you can do:

Chamomile: Used to fight against inflammation and aids in the preventions of acid reflux. Chamomile contains mucilage, which helps in soothing the esophageal lining. It is also one of the rare herbs that do not have any side-effects. Ideally, chamomile tea is made from steeping dry herb in boiling water for about 15 minutes. It is then strained and enjoyed.

Licorice: This herb is effective at reducing bile acid reflux and other digestive problems. It is effective at treating heartburn and other symptoms that may be the result of chronic acid reflux. Licorice is helpful for treating nausea, cramps, vomiting, and numbing pain. It helps in forming the protective mucus lining of the stomach. Licorice can be consumed through tea or candy drops, but it should, however, not be used long term and it is advisable to speak to your doctor before taking it.
Magnesium: This aids in the control of digestive muscles, as well as muscles throughout the body.

Orange peel extract: Aids in the passage of food while swallowing and reduces acid reflux. It helps reduce the surface tension of liquid contents in the stomach, helping reduce episodes of reflux.

Rhodiola Rosea: It supports biochemical reactions in the body. May also be used as a home remedy that promotes digestion and decreases acid reflux.

Marshmallow: Good for its anti-inflammatory properties, aiding in the reduction of acid reflux. Marshmallow is ideally taken on a full stomach, after meals. However, it may cause some issues with the absorption of certain medications, so it is advisable to speak with your doctor before starting.

Slippery elm: Aids in the treatment of acid reflux by soothing and healing the digestive tract. The herb contains mucilage, helping coat the stomach and intestine. It also helps with mucus secretion, treating reflux.

Melissa: Often recommended by medical experts for use in treating acid reflux. It has strong calming and soothing properties, helping individuals relieve stress and anxiety.

Garlic: A versatile root with a number of healing properties. Garlic is a popular antiseptic and anti-inflammatory remedy that has been used for centuries. It is useful for treating cholesterol and acid reflux. It can be enjoyed as a tea or consumed cooked in a number of different foods.

Apple cider vinegar: A popular remedy for the treatment of acid reflux and many other ailments.

Apples: Golden or red delicious apples are ideal for treating acid reflux. Apples can aid in reducing symptoms of gastroesophageal reflux disease (GERD) by creating an alkaline state in the stomach, neutralizing stomach acid. It is recommended to eat half an apple after meals.

You should see your doctor if you experience any of the symptoms of bile reflux or if you notice unexplained weight loss.