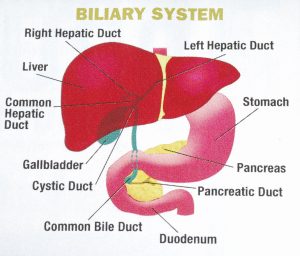 Bile reflux is a condition in which bile backs up into the stomach and the esophagus (the tube connecting stomach and mouth). Bile is an important agent that aids in digestion. It is produced by the liver. Bile reflux may accompany acid reflux, but the two are separate conditions.

Unlike acid reflux, bile reflux cannot be solely controlled by natural remedies, but they do help. The primary course of treatment in bile reflux is medication or, in severe cases, surgery.

Bile is released after you eat a meal that contains any amount of fat. Bile travels from the gallbladder through two tubes, cystic duct and common bile duct, into the small intestine to aid in digestion. The flow of partially digested food from the stomach to the small intestine is controlled by the pyloric sphincter. When this sphincter doesn’t close properly, bile backs up into the stomach.

After every meal, bile is released. Bile and food mix in the duodenum and enter the small intestine through the pyloric valve. This valve opens slightly to let in a small amount of food at a time in order for the food to become liquefied. In some people, this valve does not close completely, allowing the bile to enter the stomach.

Stomach and esophagus bile reflux can result from a surgery complication including stomach removal or gastric bypass, peptic ulcers, or gallbladder surgery.

Symptoms and complications of bile reflux 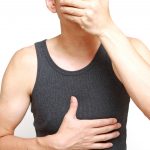 Distinguishing acid reflux from bile reflux can be difficult as the signs and symptoms are quite similar. Symptoms of bile reflux include upper abdominal pain which may be severe, frequent heartburn, nausea, vomiting a greenish-yellow fluid, occasional cough or hoarseness, and unintended weight loss.

If left untreated, bile reflux can contribute to health complications. This is because the sticky mucus intended to protect the stomach gets eroded. Moreover, the esophagus doesn’t have this protection like the stomach does which means it is more susceptible to complications associated with bile reflux.

Complications resulting from bile reflux include GERD, which causes irritation and inflammation of the esophagus, Barrett’s esophagus where tissue in the esophagus becomes damaged, as well as an increased risk of esophageal cancer.


Tests and diagnosis to distinguish between acid reflux and bile reflux

Because the symptoms of acid reflux and bile reflux are so similar, your doctor will need to run specific tests in order to properly diagnose bile reflux. Your doctor may conduct an endoscopy, which uses a thin tube with a camera passing down the throat through the esophagus into the stomach. This can help detect ulcers and inflammation. Your doctor may also take a tissue sample during the endoscopy to test it for Barrett’s esophagus or esophageal cancer.

Your doctor can also perform ambulatory acid tests to measure acid. This test is used to rule out acid reflux, but unfortunately it does not diagnose bile reflux.

Lastly, your doctor can perform esophageal impedance, which measures gas and acid reflux of stomach content into the esophagus. This can help detect regurgitated substances which are not acid – including bile – and cannot be detected with an acid test. To complete the test, a probe is sent down the esophagus with a catheter.

These tests can better help your doctor determine whether or not your reflux is acid or bile, which will then determine your treatment options. 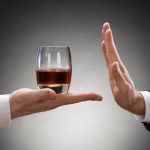 Although natural remedies cannot cure bile reflux, they can go a long way in improving the condition as a complement to your prescribed treatment. Here’s what you can do:

Along with natural remedies, you will be advised to take medications that help promote bile flow or proton-pump inhibitors that limit acid formation.  In severe cases, surgery may be recommended.