Home » Liver » This Is the Best Diet for Your Liver 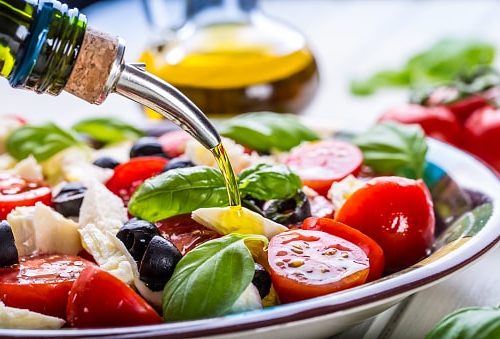 Many of us don’t think to eat a diet for our liver, but we should. Our liver is a highly important organ with much responsibility. Although it can handle quite a bit, it has its breaking point. Once it becomes sick, it’s often hard to bounce back from that.

The basis of the Mediterranean diet is plenty of fruits and vegetables, whole grains, olive oil, and fish. Studies have shown patients with liver cirrhosis who consume this diet are omitted to the hospital less than those who eat other diets.

Cirrhosis of the liver is deadly and causes scarring of the liver. Annually, one million people die from liver cirrhosis. There is currently no cure and treatment mainly slows down progression.

The researchers from Virginia Commonwealth University found that when cirrhosis patients follow the Mediterranean diet and only consume small amounts of red meat, their gut microbiomes improved.

The findings add to the growing amount of evidence that the gut microbiome plays a role in cirrhosis and may even be able to halt the progressive disease.

The participants — both American and Turkish — were either healthy or had some form of cirrhosis. Diets were analyzed along with stool to uncover the diversity of the patient’s gut microbiome.

Patients were followed for three months to assess the risk of hospitalization caused by complications of cirrhosis.

Research lead Dr. Jasmohan Bajaj explained, “It is the first study to confirm a link between diet, microbial diversity, and clinical outcomes in liver cirrhosis.”

This is just another study that reaffirms the positive benefits that the Mediterranean diet can have on a person’s health.

Cirrhosis of the liver: Life expectancy and stages