Home » Liver » Cirrhosis of the liver: Life expectancy and stages 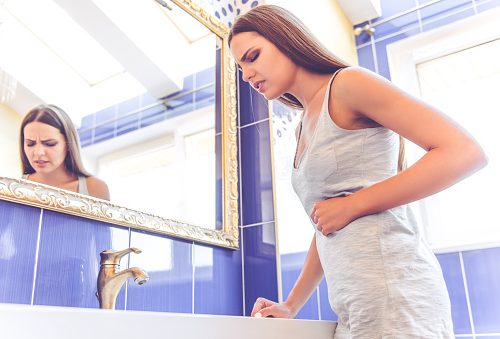 What are the stages of cirrhosis of the liver?

There are four different stages of cirrhosis of the liver, as follows.

The first stage is extremely mild. In this stage, it is often difficult to detect any damage to the liver despite the presence of severe liver damage. In stage 1 liver cirrhosis, patients often suffer from fatigue and extreme lack of energy. The liver presents as inflamed, and because of the inflammation, it will work to heal itself, causing more swelling.

In this stage, not enough scar tissue has been developed to show the clinical sign of liver cirrhosis. At this point in its progression, cirrhosis of the liver is still reversible and normal liver function can be recovered.

The liver begins to cause oesophageal varices, which are veins around the stomach or esophagus that become dilated or ballooned. The ballooned veins restrict blood flow to the liver, resulting in portal hypertension, which in turn creates an increase in the amount of scar tissue that is replacing the healthy liver cells. The result is severe swelling of the liver and liver collagen production in an attempt to reduce the inflammation. There is still the possibility of partial reversal of the liver cirrhosis in this stage.

This stage of liver cirrhosis brings with it the accumulation of fluid in the abdominal cavity, referred to medically as ascites. The level of fluid accumulation can be detected and determined by ultrasound imaging processes. The volume of fluid present gives medical professionals an indication as to the level of liver damage the patient is suffering from.

External symptoms, which are good indicators that your liver is not working correctly, are also prominent at this stage. These include eczema, widespread itchiness, weight loss, loss of appetite, confusion, fatigue, foot, ankle, or lower leg swelling, shortness of breath, fatigue, yellow or pale skin, and changes in blood sugar levels. In this stage, the cirrhosis becomes irreversible and the patient may be recommended for a liver transplant.

The final stage of liver cirrhosis, stage four, results from immense levels of scar tissue present in the liver. By this time, the oesophageal varices have dilated so much that they will rupture and cause internal gastrointestinal bleeding. If left untreated, this type of bleeding becomes immediately life-threatening. This is the defining symptom of this stage of liver cirrhosis.

Stage 4 liver cirrhosis presents the same symptoms as stage 3, with the addition of intensified confusion, hand tremors, high fever, changes in personality, infection in the abdominal cavity, extreme sleepiness, and kidney failure that results in infrequent urination. The need for a liver transplant becomes urgent by the time a patient reaches this final stage of liver cirrhosis. There is no cure for this stage of the disease.

Certain studies have shown that the vast majority of patients with stages 1 to 3 of the disease are still alive one year after their diagnosis. Patients in stages 1 and 2 show only a one percent and two percent risk of death a year after diagnosis, respectively. By the time a patient has reached stage 3, this risk has increased to 20 percent.

If the patient reaches the final stage of liver cirrhosis undiagnosed, there is a resulting increase in the risk of death within 12 months. Only 43 percent of patients survive the one-year mark post-diagnosis with stage 4 liver cirrhosis. In general, a patient in the final two stages of the diseases faces a shorter lifespan prognosis. Exact predictions of time remaining are difficult for medical professionals to make, as each case of liver cirrhosis is unique to the individual patient.

In the final two stages of liver cirrhosis, a transplant can have a significant impact on the life expectancy of the patient. After the transplant, life expectancy prognosis increases greatly, though there is still the risk that the patient’s body will reject the new liver, ultimately resulting in death.

If the transplant is successful and the new liver is accepted by the host, statistics show that 80 percent of patients live beyond five years post-transplant. The harsh reality is that the availability of liver transplants is low and even after a transplant, a patient will have to maintain a strict lifestyle and treatment regimen. Reaching stage three or four liver cirrhosis is not accompanied by an optimistic prognosis for life expectancy.

When a patient moves into the third stage of the disease, they are faced with many severe symptoms and will need a liver transplant in addition to other treatments for symptom management. The final stage of the disease shows the most severe symptoms, including internal bleeding, which is itself fatal. A transplant is vital at this stage, but many patients face the reality of being unfit for transplant due to the severity of their other symptoms. Life expectancy is greatly decreased in this stage of liver cirrhosis.