Home » Weight Management » Diets » Being Tired Could Be Making You Fat 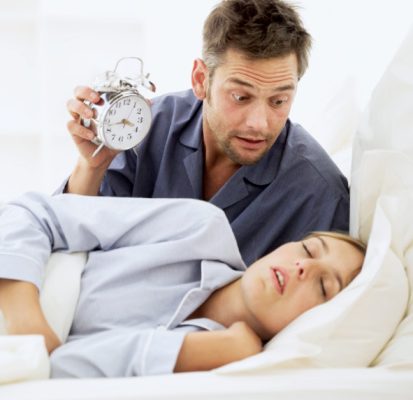 If you are thinking about cutting back on sleep, and are worried about your weight, you might want to rethink that strategy. A new study now shows that skimping on sleep might mean you consume more calories.

The small study, presented recently at an American Heart Association Meeting says that people who are deprived of sleep might eat up to an additional 500 calories in comparison to someone who is getting an adequate amount of sleep.

Within the confines of the study half of the test group slept a normal amount, while those in the other half were limited to a fraction of their normal sleep hours.

The results showed some interesting connections. The one test group slept almost an hour and a half less, and consumed more than 500 calories more overall.

The way the study was set up was especially interesting. Each of the members of the study group spent two respective periods of 6 days each under close supervision in a sleep lab. During the first period of time they were allowed to sleep nine hours per night. The second time around, the group was restricted to around four hours of sleep. Participants were not allowed to leave the lab, nor were they allowed to take naps.

Study subjects were given an allowance and told to go shopping for food, but were told the nutritional content had to be clearly marked so researchers could measure it.

Experts noticed that the sleep deprived group, along with choosing more high-calorie foods, also gravitated towards more high fat and high protein foods, with ice cream products being one of the more popular choices.

There are several theories as to why sleep deprivation could be connected to overeating. But Max Hirshkowitz, Ph.D, and member of the National Sleep Foundation says despite all the science, one theory could be very simple.

He says research has found that sleep deprivation could lead to an increased calorie consumption because people who are tired are often dysphoric (marked by increased anxiety and depression) making them more prone to eating junk food and fast food. Another contributing factor may simply be that being awake for more hours throughout the day simply means more opportunities to consume calories.

This research has, at the very least, highlighted an area to shine a light on in the fight against obesity which now impacts more than one-third of adults in the U.S.