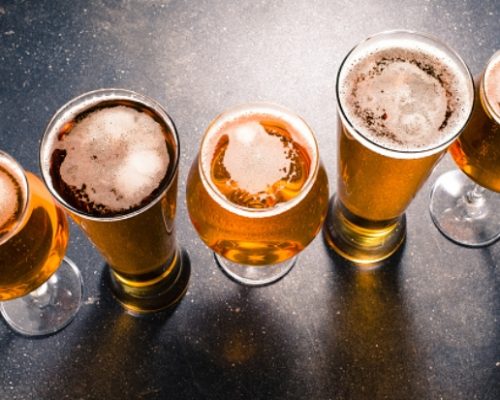 Beer drinking can offer benefits for cholesterol and heart health. You may already be familiar with the health benefits of wine, but as it turns out, beer is associated with positive health effects, too.

A study found that moderate beer consumption could help slow the decline of HDL cholesterol. What does moderate consumption mean? The study suggests for men it is one to two drinks a day and for women it’s one drink a day.

The study found that beer offers cholesterol benefits even among heavy drinkers, but for those who drank hard liquor only moderate drinking yielded benefits.

For the study, the researchers followed over 80,000 participants for six years and watched the rate of HDL level decline. There was a slower decline in HDL cholesterol among drinkers along with lower rates of cardiovascular disease. Although the study took place in China, the researchers suggest the findings would apply to other population groups, too.

Related: Cholesterol levels and the impact of alcohol

Lower risk of diabetes: Beer consumption has been associated with lower rates of type 2 diabetes.

Anti-aging properties: Beer is high in vitamins that work to slow down the aging process.

Prevention of gallstones: Because of the effects beer has on cholesterol, it can prevent cholesterol accumulating into gallstones.

Stress reduction: Beer has been found to reduce stress and promote sleep.

Cleansing of the gastrointestinal tract: Beer is a good source of soluble fiber, which is necessary to promote good health and prevent constipation, so waste can be expelled.

The health benefit of alcohol you didn’t know about