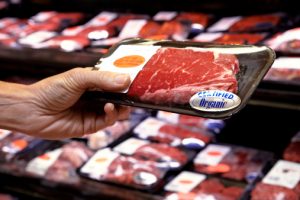 A healthy body requires a few essential things: Food, water and minerals. Essential minerals come in two forms, major and trace. Major minerals consist of calcium, potassium, sodium, sulfur, phosphate, chloride and magnesium. These minerals play a role in the workings on the human body. Equally as important are trace minerals, which are iron, zinc, copper, iodine, selenium, manganese, fluoride, chromium and molybdenum. These, too, all play an important role in the workings of the human body.

We get many of these trace minerals from food, in particular iron. Iron is responsible for carrying oxygen to all parts of the body using red blood cells. Low iron can result in tiredness and irritability. It is important then to ensure your iron levels are well-supported, which can easily be done through diet.

Aside from carrying oxygen around the body, iron’s health benefits include: 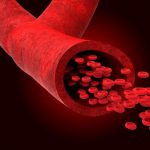 A real concern is a deficiency of iron as it can reduce quality of health. Iron deficiency is categorized by low levels of iron. To determine anemia, doctors will conduct blood work and look for numbers associated with hematocrit and hemoglobin.

Ferritin, which is a protein that helps store iron in the body, must be examined as well. If ferritin levels are low, it could point to a disorder.

Causes of iron deficiency include blood loss, a diet that lacks iron, an inability to absorb iron (may be a result of a bowel disorder) or pregnancy.

Symptoms of iron deficiency include:

Treatment for iron deficiency is to boost your iron intake. How low your levels are will determine treatment. Doctors may prescribe iron supplements. The best way to prevent iron deficiency then is to consume iron-rich foods.

Because iron is an essential trace mineral it’s important to keep your levels adequate to remain healthy and prevent anemia. Below is a chart containing top iron-rich foods. Food sources are the best way to receive iron as it will easily get absorbed into your body.

Firstly it’s important to know how much iron you should aim to consume. The recommended servings of iron according to the Dieticians of Canada are:

It’s important to vegetarians that they require nearly double the recommended amount because their main source of iron is plant-based. Typically red meat contains high amounts of iron, this presents a problem for vegetarians. Vegetable- and fruit-based iron is not as easily absorbed in comparison to meat-based iron.

Here is a list of food sources for iron, according to the American Red Cross:

As you can see there is a wide variety of food sources of iron, vegetarians included. It is fairly easy then to ensure you are meeting the recommended amounts of iron daily in order to prevent anemia.

If you are concerned about your iron levels a simple blood test can confirm or deny your suspicions. Speak with your doctor to schedule a test.

Spice up your food for longer life