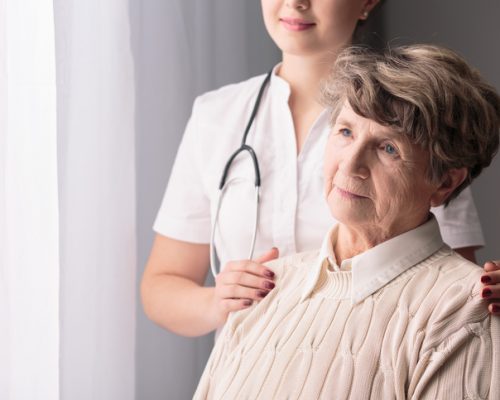 Maria Carrillo, Alzheimer’s Association Chief Science Officer, explained, “The risk of Alzheimer’s increases with age, and as baby boomers get older, the number of people developing the disease will rise to levels far beyond anything we’ve ever seen before. Fortunately, there is a pipeline of experimental therapies that have the potential to delay the onset of Alzheimer’s and perhaps even prevent the disease.”

“However, public funding for this research is extremely limited, compared to the magnitude of the problem. If we’re going to change the current trajectory of the disease, we need consistent and meaningful investments in research from the federal government to ensure a more robust pipeline. Where we’ve made significant commitments – heart disease, cancer, HIV/AIDS – we’ve generated effective treatments and prevention strategies, and reduced death rates. Now is the time to do the same for Alzheimer’s disease,” Carrillo added.

The report suggests that Alzheimer’s disease cases will rise to 1.2 percent in 2020 when baby boomers will be in their 60s and 70s, but come 2050 this number will jump to 50.1 percent as by this time they will be over the age of 85.

In 2016, the first group of baby boomers will be turning 70, and Alzheimer’s cases will be just slightly over one percent. This rise will put a heavy strain on the Medicare system and a shift in focus will be needed in order to handle the greater number of Alzheimer’s cases.

Lisa Alecxih from The Lewin Group added, “The findings of this new data analysis make it clear that the increased demand Alzheimer’s will place on the health and social services systems over the next two decades, coupled with the burden on those with the disease and their families, requires additional investment by the federal government.”


One in eight Americans over the age of 60 report memory loss, raising concerns for Alzheimer’s disease

One in eight Americans over the age of 60 report memory loss, raising concerns for Alzheimer’s disease. The Centers for Disease Prevention and Control reports that nearly 13 percent of those over the age of 16 experience confusion or memory loss occurring more often or worsening over the course of a year. Of those, one-third reported that memory loss or confusion interfered with their work life, social activities, or ability to complete daily tasks. The findings are based on a survey of 59,000 people in 21 states.

Angela Deokar, a public health advisor at the CDC, explained, “This is the first time we have such data. These findings suggest a need for future studies to examine the relationship of age and functional difficulties caused by increased confusion or memory loss.”

Unfortunately, many seniors are not addressing their memory concerns with their doctors. The survey found that only 35 percent of respondents brought up their memory problems to their doctor’s attention. This may be due to many seniors believing that forgetfulness and memory loss is just a normal part of aging.

Although there is no treatment to slow down Alzheimer’s disease or cure it, a definite diagnosis does allow patients to better prepare themselves and their loved ones to deal with the changes that are commonly associated with Alzheimer’s disease. 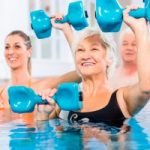 Below are tips on how to prevent memory loss and enhance memory power.

Exercise: Physical exercise can work wonders on your brain power and towards maintaining your memory. Harvard reports that those who partake in regular exercise can maintain a healthy brain well into their 80s.

First of all, exercise maintains healthy lung function, which has shown to be the case in those with strong minds. Secondly, exercise helps with illnesses like diabetes and can help lower blood pressure and cholesterol, the factors that can impair memory. Exercise has also been shown to promote neurotrophins, which work to nourish the brain and protect it against damage.

Although there is no set amount of time to exercise, research suggests exercise doesn’t have to be intense, so your physical level doesn’t matter really. You can exercise at your own pace to enhance memory power.

Exercise doesn’t necessarily mean going for runs or lifting weights. Household chores like dusting and vacuuming can also be considered exercise – just moving around is the right means to a sharper brain.

Continue learning: Do you recall the expression, “You can’t teach an old dog new tricks”? Well, that is a lie. No matter how old you are, it’s imperative that you continue the learning process in order to prevent memory loss.

Advanced education has been linked with better brain function. This doesn’t mean you had to go to university. Even if you didn’t go through all the levels of schooling, you can still continue to learn in your daily life. Everyday learning can be as simple as reading a book or taking up a new hobby.

Don’t smoke: Smoking is linked to a slew of health problems, so it should come as no surprise that is can promote memory loss as well. Research has shown that smokers are less likely to recall people’s names and faces than non-smokers. Smoking has also been found to be linked with illnesses and conditions that further contribute to memory loss. 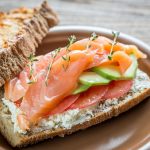 Eat well: There are numerous food items you can enjoy to boost memory and enhance memory power. Some brain-healthy foods include oily fish, eggs, nuts, lean meats (like chicken or turkey) and, of course, plenty of fruits and vegetables. These foods offer the essential nutrients to make for a powerful brain.

Knowing what to eat is only half the equation – it’s important to stay away from certain foods as well. These include saturated and trans fats, along with highly processed and sugary foods. And, of course, keep alcohol consumption to a minimal.

Sleep well: Sleep is the key to good memory. Memories made while you are awake are actually formed, processed, and stored while you sleep. If you’re not getting adequate sleep, you may find you’re more confused and experience brain fog. If you’ve been struggling with sleep, here are a few things you can do to improve it:

Maintain strong social ties: It doesn’t matter if you have one close friend or 10, to maintain your memory ensure your social ties are close. Time and time again, research has shown the role of social connections in memory and that having close friends can mean better memory.

Isolation has been tied to poor cognitive function – especially in those who are sedentary. Even if you are unable to go out and visit friends, stay in touch on the phone or other communicative technology devices. If you don’t have many friends, use your time to volunteer in the community or attend community functions.

You don’t have to succumb to age-related memory loss, especially now that you have the tools and tips to prevent it. Aging can be graceful, and you can continue to feel like yourself and retain all your memories, as long as you put some work into it.