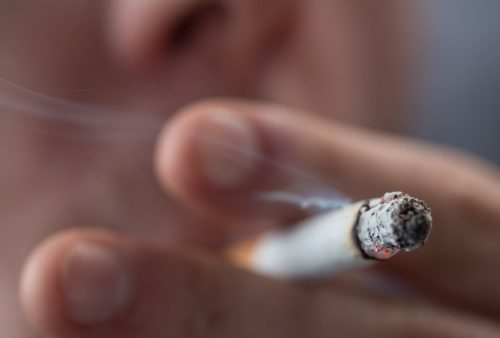 Smoking tobacco can result in numerous illnesses, diseases and even death. New findings now show it may be a trigger for the onset of schizophrenia.

Published in the Lancet Psychiatry, observational studies that documented smoking among those with psychotic disorders were compared with control groups. Out of 3,717 studies, 61 matched the criteria which researchers were looking for.

Researchers found 57 percent of people who experienced an episode of psychosis were smokers. Daily smokers in particular developed a psychotic illness one year sooner than nonsmokers.

Researchers said their study shows that smoking should be accounted for as a potential cause for mental illness, in particular schizophrenia. But additional research is warranted to better understand the role smoking plays in the onset of psychosis.