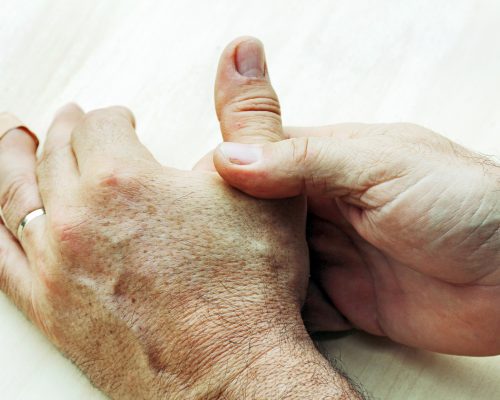 May is Arthritis Awareness Month, so we have compiled a list of articles discussing rheumatoid arthritis, psoriatic arthritis, osteoarthritis, fibromyalgia, and arthritis knee pain. Arthritis is an umbrella term that refers to a condition with the presence of inflammation. Joint pain, swelling, and limited mobility are major characteristics across the board in many different types of arthritis. Some forms of arthritis are autoimmune conditions whereas others are degenerative diseases.

Arthritis doesn’t solely affect the joints though. In fact, it could raise the risk of cardiovascular problems and even worsen other coexisting health conditions.

Here you will find the latest news topics surrounding arthritis to keep yourself informed.

Rheumatoid arthritis vs. osteoarthritis, differences in symptoms, causes, and treatment

Rheumatoid arthritis and osteoarthritis are just two of the many different types of arthritis. Although there are many commonalities between these conditions – joint pain being a large one – there are important differences between the two that can aid in determining a proper treatment.

Here are some key points you need to understand. Rheumatoid arthritis is an autoimmune disease that can affect the entire body, whereas osteoarthritis is a degenerative disease that affects the cartilage between the joints. The goal of treatment for either one is to reduce swelling, pain, and stiffness, and to slow down the progression of joint damage.

Arthritis is a condition that refers to the inflammation affecting the joints, and there are numerous different types of arthritis. The main difference between rheumatoid arthritis and osteoarthritis is that one is an autoimmune disease and the other is a degenerative disease.

In an autoimmune disorder, the immune system acts wrongly and begins to attack itself – in the case of rheumatoid arthritis, it’s the joints that are under attack. The main characteristic of osteoarthritis, a degenerative disease, is the breakdown of cartilage, which is the cushion found between joints. When the cartilage breaks down, there is no longer any lubrication between bones, which start rubbing together as a result. Both types of arthritis lead to inflammation. Continue reading… 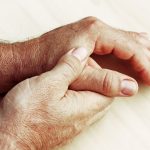 The study authors explained, “We have found that patients with PsA had a 43 percent higher risk of having (or developing) cardiovascular diseases, compared to non-psoriatic individuals, while the risk of developing an incident cardiovascular event was 55 percent higher in PsA patients compared with the general population. Furthermore, the risk of each of the individual cardiovascular outcomes was increased, including [myocardial infarction] (68 percent), cerebrovascular diseases (22 percent), and heart failure (31 percent) in PsA.”

The researchers conducted a systematic review of currently available observational studies to assess the size of the risk of incident and prevalent cardiovascular disease and cerebrovascular disease in patients with psoriatic arthritis compared to the general public. The researchers looked at eleven studies which met the criteria which involved 32,973 patients.

The authors wrote, “The 55 percent increase in the risk of incident cardiovascular events in PsA patients highlights the limitations of current risk stratification strategies that are based on clinical risk algorithms, such as the Framingham risk score. These algorithms were found to underestimate the actual cardiovascular risk in patients with chronic inflammatory conditions, including psoriasis and PsA, as they do not consider the independent risk entailed with the chronic inflammatory process. Nevertheless, aggressive primary cardiovascular risk prevention should be part of standard of care in patients with PsA.”

“Overall, these findings support the notion that PsA should be considered as an independent risk factor for cardiovascular diseases,” the authors concluded. Continue reading… 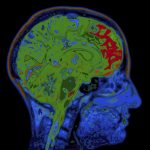 The findings on the fibromyalgia pain and osteoarthritis link come from the Arthritis Research Facility in the U.K., revealing brain abnormalities and the link to chronic pain in osteoarthritis sufferers. The researchers concluded that there is a new form of therapy to target certain brain mechanisms that can help the mind cope with chronic pain.

Chronic pain can be grueling to deal with and it can negatively impact a person’s quality of life, so effective coping tactics can help improve one’s life and have them back at enjoying things they once loved.

The researchers focused on pain experienced in arthritis and fibromyalgia to determine the cause. They measured brain waves in osteoarthritis and fibromyalgia patients as well as in individuals without either disease. They found that there was increased activity in the insula cortex due to pain anticipation. They also noticed that pain anticipation was reduced in a part of the brain called the dorsolateral prefrontal cortex and, therefore, thought that they could develop a positive way of coping with pain through the brain.

The researchers suggest that body perception and emotional processing could explain what was occurring in the insula cortex. They concluded that by controlling this area they could have better control over pain.

Researcher Dr. Christopher Brown explained, “We think that boosting activity either directly or indirectly in this area of the brain is likely to result in better coping and better control of pain responses in other areas of the brain.” Continue reading… 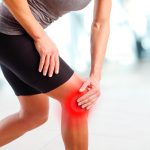 A new study has found that vitamin D supplements do not reduce pain or slow down the progression of arthritis in the knee even in patients with low levels of vitamin D. There is currently no treatment to stop the cartilage breakdown, which is common in osteoarthritis, and over time many patients undergo knee replacement surgery. 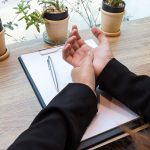 Depression symptoms associated with increased risk of arthritis and arthrosis

Depression symptoms have been associated with an increased risk of arthritis and arthrosis.

When it comes to depression, there are many different kinds. Seasonal affective disorder, or SAD, occurs mainly through the winter months. Postpartum depression affects new mothers, and major depressive disorder is depression lasting more than two weeks, where a person feels hopeless, sad, has lack of interest in life, and where it impacts mental and physical health.

These are just some of the forms of depression out there, but there are many more. Results from the 2012 National Survey on Drug Use and Health: Mental Health Findings revealed an estimated 43.7 million American adults had any mental illness (AMI). Furthermore, an estimated 16 million American adults reported major depressive episode (MDE). These numbers just go to show that depression and mental illness affect a large amount of the population – and so learning more about it is important to improving it.

Even though we know some of the causes and symptoms of depression, a new study has revealed a very serious side effect of depression: joint disease. As we age, we can be more prone to joint disease, such as arthritis, but researchers have now shown a link between depression and arthritis that we may not have known before. Continue reading…