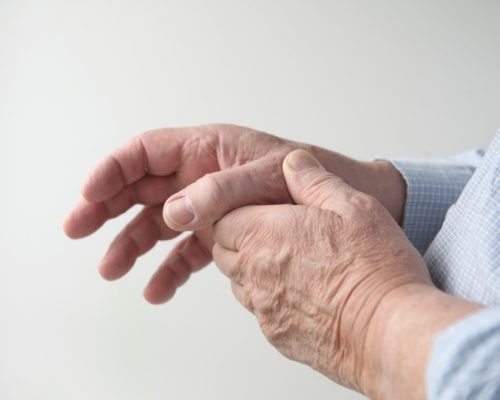 Those stiff, aching joints, the swelling, the pain… More often than not, these symptoms are signs of arthritis, a debilitating disease where inflammation of one or more of your joints is causing you grief.

May 2015 is Arthritis Awareness Month, so we want to get the word out that when it comes to common arthritis in hand, back arthritis and arthritis knee – there is something you can do about arthritis pain. And you don’t want to quit all the activities you enjoy and sit and worry about it. Because your joints are like the hinges of a door – the more you don’t use them, the more rusted they become and the worse your symptoms become.

You want to really embrace a healthy lifestyle, eat well, keep moving and look at a natural treatment for arthritis. That’s where we want to help. But first, a primer on arthritis and how it’s more common than you may realize. 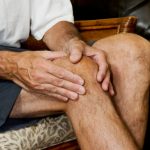 Arthritis is an informal way of referring to joint pain or joint disease where joints are inflamed. There are more than 100 different types of arthritis and related conditions, and people of all ages, sexes and races can be at risk. It is the leading cause of disability in America.

The Arthritis Foundation estimates nearly 53 million adults and 300,000 children have some type of arthritis, but it is most common among women and occurs more frequently as people get older. 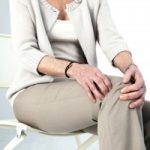 While there are many forms of joint pain, the two most common types of arthritis are the following:

Osteoarthritis causes cartilage – the hard, slippery tissue that covers the ends of bones where they form a joint – to break down.
Rheumatoid arthritis is an autoimmune disorder that first targets the lining of joints (synovium).

Let’s look further at what’s behind the pain and discomfort you may be feeling. Risk factors for arthritis include the following, according to the Mayo Clinic:

Osteoarthritis: The wear and tear over time causes damage to the joint’s cartilage. Enough damage can lead to bone grinding on bone, which causes pain and restricted movement. This wear and tear can occur over many years, or it can be hastened by a joint injury or infection.

Rheumatoid arthritis. Here the body’s immune system attacks the lining of the joint capsule, a tough membrane that encloses all the joint parts. This lining, known as the synovial membrane, becomes inflamed and swollen. The disease process can eventually destroy cartilage and bone within the joint.

Symptoms may come and go, remaining about the same for years, or progress and worsen over time. As the Arthritis Foundation notes, “Severe arthritis can result in chronic pain, inability to do daily activities and make it difficult to walk or climb stairs. Arthritis can cause permanent joint changes. These changes may be visible, such as knobby finger joints, but often the damage can only be seen on X-ray.” 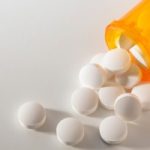 There are a number of steps you can take for a natural approach to treatment for arthritis and arthritis pain management, including regular exercise, yoga or tai chi, healthy eating, healing therapies like massage and acupuncture, and herbal remedies. You want to do as much as you can without reaching for painkillers which can and do offer immediate relief – but they come with some serious risks.

Even over-the-counter painkillers, such as aspirin, ibuprofen, celecoxib, diclofenac, and naproxen can lead to health issues. This class of medication has side effects – increased risk of gastric bleeding, heart attack and stroke – especially for people who have risk factors. Those risk factors include being elderly, having high blood pressure, ulcers, having had a heart attack or taking certain other medications.
Taking two painkillers at the same time, which is a common practice according to a survey by Arthritis UK, just ups the risk of side effects. 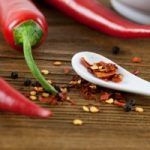 Capsaicin: Chili peppers, cayenne peppers and Tabasco peppers all contain a fiery compound called capsaicin, a noted pain-reliever found in many topical ointments. Cook with these peppers for a bit of heat in soups, stews and stir-fries.

They found a single 60-minute application in patients with neuropathic pain, for people who’ve experienced shingles, produced effective pain relief for up to 12 weeks. While we’re not suggesting this patch for arthritis pain, it shows the power of capsaicin to help manage pain.

Willow bark: Many people refer to willow bark as “Nature’s Aspirin.” Several studies suggest the bark of a two- to three-year-old willow tree helps relieve aching joints and lower back aches. The main chemical responsible is salicin. When your body has salicin, it turns it into salicylic acid, which is the chemical precursor to Aspirin – without any of the harsh side effects of Aspirin.

Black currant oil: Black currant seed oil is obtained from seeds of the black currant. The oil contains 15 to 20 percent gamma-linolenic acid (GLA), and is reported to boost the immune system response in the elderly.

Ginger: Ginger has been used medicinally for thousands of years in Ayurvedic medicine as a natural anti-inflammatory food. Recent study at Odense University in Denmark found patients with arthritic pain showed marked improvements in pain, swelling and morning stiffness by eating ginger daily.

The research also found that ginger was superior to non-steroidal, anti-inflammatory drugs (NSAIDs) like Tylenol or Advil. The herb works to block the formation of inflammatory compounds, and also has antioxidant effects that break down existing inflammation and acidity in the fluid within the joints.

ASU has been researched extensively and has been proven as a safe natural alternative for the relief of arthritis symptoms. In fact, the French government has tracked ASU’s safety record for more than 15 years and has yet to find any significant problems.

Cat’s claw: Natives of the South American jungles have used this Peruvian vine for thousands of years as a medicine to treat inflammatory conditions like arthritis and joint aches. Modern researchers have discovered that cat’s claw is a rich source of phytochemicals like alkaloids, tannins, flavonoids, and phytosterols that can help fight inflammation. Note, do not use the “cat’s claw” that grows in northern Mexico and southern Texas – it has no known health benefits and may not be safe for consumption.

Try these top herbal remedies for a natural approach to for relief from arthritis pain and symptoms. Check with your doctor before you start replacing your medications, of course, but know that they are effective alternatives to drugs.

Why 10 minutes a day can prevent joint pain