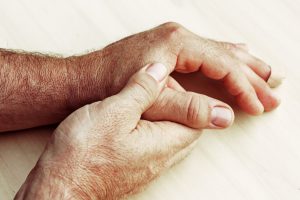 The study authors explained, “We have found that patients with PsA had a 43 percent higher risk of having (or developing) cardiovascular diseases, compared to non-psoriatic individuals, while the risk of developing an incident cardiovascular event was 55 percent higher in PsA patients compared with the general population. Furthermore, the risk of each of the individual cardiovascular outcomes was increased, including [myocardial infarction] (68 percent), cerebrovascular diseases (22 percent), and heart failure (31 percent) in PsA.”

The researchers conducted a systematic review of currently available observational studies to assess the size of the risk of incident and prevalent cardiovascular disease and cerebrovascular disease in patients with psoriatic arthritis compared to the general public. The researchers looked at eleven studies which met the criteria which involved 32,973 patients.

The authors wrote, “The 55 percent increase in the risk of incident cardiovascular events in PsA patients highlights the limitations of current risk stratification strategies that are based on clinical risk algorithms, such as the Framingham risk score. These algorithms were found to underestimate the actual cardiovascular risk in patients with chronic inflammatory conditions, including psoriasis and PsA, as they do not consider the independent risk entailed with the chronic inflammatory process. Nevertheless, aggressive primary cardiovascular risk prevention should be part of standard of care in patients with PsA.”

“Overall, these findings support the notion that PsA should be considered as an independent risk factor for cardiovascular diseases,” the authors concluded.

Severe psoriasis – an inflammatory skin disease – has been linked to increased incidences of major cardiovascular events. The cohort study reviewed data from over 3,600 patients with psoriasis and 14,300 controls. The researchers found that patients had a 53 percent higher risk of incidences of cardiovascular events compared to the general public.

Previous findings from the researchers found that the risk of cardiovascular-related mortality was 57 percent in psoriasis patients and even higher among younger patients.