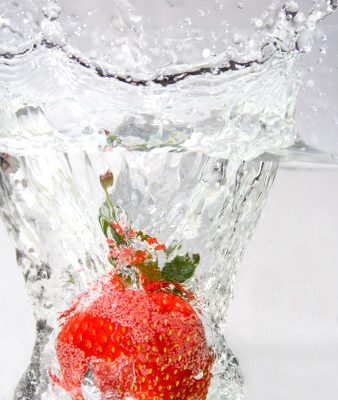 The concept of vitamin water was first conceived in 1996 by J. Darius Bikoff and by the early 21st century it had gained wide popularity in North America.  Although glacéau vitamin water was the first to hit the market, countless other companies have joined the trend and today both Coca-Cola (which now owns glacéau) and Pepsi millions of dollars annually off of their vitamin water products.   Despite its popularity and convenience, buyers should be quite weary about these overhyped waters and the claims that they make. Before you flush your money down the toilet on another bottle, you may want to consider the following three myths.

Vitamin Water is Better for Exercise and Hydration than Plain Water

Vitamin water will indeed contribute to hydration after exercise; however it will not result in better hydration than plain water. In addition, the main selling point of many varieties of  vitamin water are the electrolytes that they contain, however, the average person does not exercise long enough or intense enough to even require added electrolytes.  According to the Washington Post, “… only people ‘dedicated’ to exercising need to replenish [electrolytes] … and then it’s necessary only if they work out vigorously for more than an hour… Tap water has the added benefits of being all but free, and free of calories”.  If you are a competitive athlete or you exercise intensely enough to require an electrolyte beverage, you’d be far better off drinking unsweetened coconut water, because it is not only excellent for hydration, it is also one of the highest natural sources of electrolytes.

Vitamins + Water, what can be healthier? Logically it makes sense to believe that these products are conducive to good health, however a quick look at the ingredients list may have you second guessing this logic.  Many vitamin waters are full of fructose, and some contain more than six teaspoons of sugar per serving.   What’s more, many of these waters contain upwards of 120 calories per serving, making them nearly as calorie dense as coke and pepsi.  The sugar-free versions aren’t much better, because most are loaded with artificial sweeteners, which are far from healthy.  In addition, most vitamin water contains a sugar alcohol called erythritol, and erythritol consumption has been associated with diarrhea, headaches and stomach aches.

According to Mayo Clinic, if you are eating a healthy and balanced diet, you are unlikely to benefit from vitamin water.  Also, many vitamins and nutrient work synergistically, meaning that they rely on each other in order to be properly absorbed, so drinking something with artificial vitamins added at random, is unlikely to result in optimal absorption.

Vitamin water is overhyped and a waste of money. The plastic bottles that they come in contribute to environmental damage, the non-sugar-free varieties can contribute to weight gain and the vitamins that they provide are often expelled in your urine, instead of absorbed in your body. According to the Center for Science in Public Interest director Michael F. Jacobson, “My advice to consumers is to get your vitamins from real food. If you have reason to believe you have a shortcoming of one vitamin or another, perhaps take an inexpensive supplement. But don’t seek out your vitamins in sugary soft drinks like Coke’s VitaminWater [sic].”