Home » Food Facts » Does an apple a day keep the doctor away? 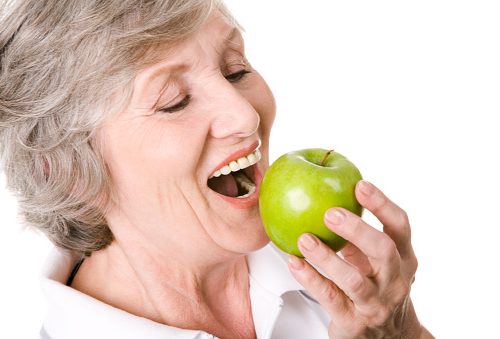 You’ve heard the phrase, “An apple a day keeps the doctor away,” but is this merely a myth or does it hold any truth? Well, researchers decided to dive into this Welsh proverb to determine if we should actually be consuming an apple a day.

The research uncovered that not only is eating an apple a day good for you, but it is very beneficial to your lung health.

The study looked at 680 people’s food consumption over the course of 10 years. The researchers found that those who consumed at least three portions of fruit daily had a slower decline in lung function. This is considered one of the largest studies of its kind that examines the consumption of fruits and vegetables on human health. Previous studies looked at individuals with pre-existing conditions, but this study sampled individuals from the general public.

Co-author of the study Dr. Vanessa Garcia-Larsen explained that lung function begins to decline after the age of 30 as a natural process. “This happens for essentially everyone, it doesn’t matter if you’re an Olympic athlete or just the average person. So, we’re trying to identify ways we can eat in order to help our lung function decline at the slowest rate possible.”

The study tested lung function using two standard tests. One test measured the amount of air a person could expel in one second while the other measured the amount of air someone could inhale within six seconds. Our ability to do these tasks deteriorates as we age. On the other hand, the researchers found that among those who ate plenty of fruits and vegetables, the rate of decline in completing either test was less than those who did not eat fruits and vegetables.

In particular, the researchers found that among smokers, those who ate two tomatoes a day had slower lung function decline compared to those who did not consume tomatoes.

Garcia-Larsen added, “It’s generally assumed that if you’ve smoked for 10 years or more there’s no point in quitting because the damage is irreversible, but our study suggests that’s not the case and eating more fruits and tomatoes can actually help your lungs recover.” Although the findings suggest that tomatoes can benefit smokers, Garcia-Larsen still stressed, “You still need to quit because if you don’t give it up there’s no way the diet can help.”

So, if you need another reason to incorporate more fruits and vegetables into your diet, think about what they can do to improve your lung function.

Related: Foods trends to look out for in 2018

7 best foods for anti-aging
Skip the kale, try these superfoods instead