Home » General Health » Another reason to limit your alcohol intake 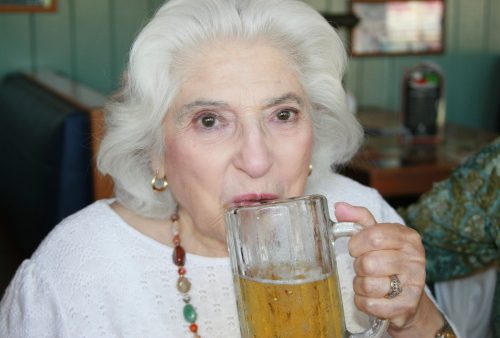 Aging can result in many physical changes. You may have noticed you’re not as strong as you once were, your endurance has greatly reduced, and overall, you just feel weaker. Although it’s normal to lose muscle as we get older, a new study suggests that alcohol—more specifically, heavy drinking—could be speeding up this process, especially among senior women.

For women, in particular, muscle and bone loss occurs during menopause, but if you are a female who enjoys drinking, this process may speed up.

Generally, muscle loss in seniors begins at midlife, with a six percent drop in muscle per decade. So, by the time you’re 80, you’re left with three-quarters of your muscle mass left.

Loss of muscle is a problem among seniors, as it negatively impacts their ability to live an independent life. Even the most basic movement can become a big challenge.

It is estimated that by 2030, the number of seniors (those over the age of 60) is expected the grow by 56 percent, and the ratio of elderly in the world will be one in six.

The study looked at nearly 2,400 postmenopausal women over the age of 60. Eight percent of those women had sarcopenia (loss of muscle mass and strength). The researchers noted heavy drinkers were at four times greater risk of developing sarcopenia compared to low drinkers.

The researchers defined high-risk drinking as “frequent and significant alcohol use, along with a lack of control over drinking, blackouts, and injuries related to drinking.” These women were more likely to smoke along with having higher blood pressure and cholesterol.

JoAnn Pinkerton, executive director of the North American Menopause Society (NAMS), who was not involved in the study, said, “With this study suggesting that more muscle loss leads to sarcopenia and other studies suggesting that even one drink of alcohol may increase the risk of breast cancer, postmenopausal women should limit their alcohol intake.”

The effects of heavy drinking span are greater than just muscle loss—which is still a very severe health problem. Heavy drinking can contribute to weight gain, heart problems, and above all, liver problems that can become deadly.
The effects of alcohol can be experienced immediately, as it begins with the nervous system causing you to feel “tipsy” or dizzy. Then your vision becomes blurred, your speech slurred, and your ability to function as you continue to drink drastically diminishes.

Overtime, binge-drinking can have lasting health problems, many of which are irreversible.

A standard drink is defined as 14 grams (six ounces) of pure alcohol. If you aren’t the type of person to measure your alcohol, this is what this breaks down to:

It is recommended that men and women should not exceed 14 alcoholic beverages a week, but really, going nights without drinking would be much better for your body and health overall. If you are out and about where there is plenty of alcohol, try and resist temptation and keep yourself in check. Furthermore, alternate alcoholic beverages with water to ensure you stay well hydrated.