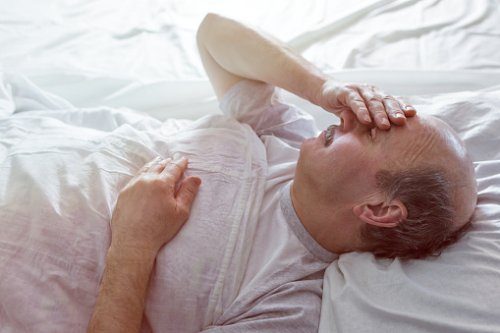 The researchers from the National Institutes of Health in Maryland found that one night of bad sleep was enough to have an effect on beta-amyloid protein build-up. They looked at 20 volunteers and used a radioactive tracer to determine protein build-up.

For one night, the participants had a restful night’s sleep, but on the following night, they were sleep deprived. The scans using the tracer found a greater build-up of beta-amyloid proteins on the night sleep was restricted by five hours in two regions of the brain — the hippocampus, responsible for memory, and the thalamus, responsible for relaying signals to the brain and regulating sleep.

Sleep is often hailed as an important part of good health because it’s a time where the body can be reset and revived. When we sleep, waste is cleared from our brains, which is a possible explanation as to why there is greater protein build-up when we sleep less.

David Reynolds of the Alzheimer’s Research UK charity explained, “There is growing evidence of a link between disrupted sleep and Alzheimer’s disease, but it is difficult to tease apart cause and effect to determine whether sleep problems might cause Alzheimer’s brain changes, or vice-versa.”

It’s important that you work on improving your sleep each and every night as a possible preventative measure for Alzheimer’s disease. And if you’re having a hard time sleeping and natural remedies aren’t working effectively, it may be time you speak to your doctor about the underlying cause.