Home » Brain Function » Memory » How Does Alcohol Affect Your Memory? 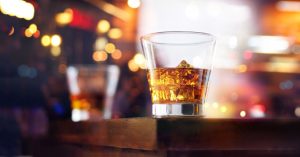 If you’re like most people, you occasionally enjoy some alcohol. Whether it’s with a meal or in celebration, alcohol is often consumed with others. It can affect the body and its systems, doing everything from slowing down motor functions and causing sleepiness to even impairing memory.

Starting with your first glass of alcohol, your brain function begins to change. You become more sociable, outgoing, your inhibitions start to fade away, and the more you consume, the more severe these symptoms get.

Drinking alcohol interferes with your brain’s ability to “encode” information. The brain goes through three processes – encoding, retrieving, and storing. The encoding phase is where you take in information and turn it into memories.

Consuming high amounts of alcohol reduces your ability to pay attention, stopping your brain from encoding information. This is why you may not remember anything the day after heavy drinking.

Memory loss induced by drinking isn’t always complete. Some people can recall certain moments of the night before and may be able to recall information, especially if it was significant. Other people may have a fuzzy memory and their brains could try to piece the remainder of the story together, which can lead to falsifications of events.

Some people believe that if a person was drunk, they are unable to recall events entirely, but this isn’t true. As mentioned, if something significant happens like a traumatic event, then you would be able to recall the scene.

Although it’s true that alcohol can affect your memories and ability to recall, this is dependent on the evening’s events along with how much alcohol is consumed.

Generally speaking, if you don’t want to forget the night before, then moderate your drinking. Binge-drinking and daily drinking can have negative effects on health aside from temporary memory loss, so it’s best you keep your drinking to a minimum.