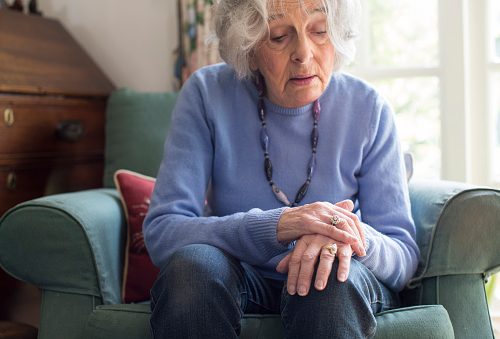 Akinsesia is a word that means “lacking movement” or “without movement,” but essentially, it is a motor disorder. Here we outline the different causes, symptoms and potential treatments of this often neurologically based condition.

Akinesia is a word that is made up of the prefix “a,” which means without, and the Greek word “kinesis,” meaning movement. A specific akinesia definition would be the inability to start an act of motion. People who suffer from akinesia simply can’t move muscles voluntarily. This does not mean that they won’t have involuntary muscle movements though. This condition is often a symptom of Parkinson’s disease, but it can also be linked to other health ailments.

Akinesia causes can be linked to several different disorders. While it is not completely clear what exactly causes malfunctioning of the nerves that are linked to diseases like Parkinson’s disease, we do know that those with PD show signs of akinesia. To date, research suggests that akensia is related to either injuries to the brain or drugs.

Here’s a look at some potential akinesia causes:

Akinesia symptoms often depend on the root cause of the condition. Some people experience akinesia and bradykinesia. Bradykinesia means that movement is slower so it can take much longer to finish simple physical tasks. Akinesia dyskinesia is another phenomena connected to Parkinson’s disease. Dyskinesia means that a person has abnormal, uncontrolled, involuntary movement. It can impact one body part, such as the arm, leg or head, or it can involve the entire body. In many cases, dyskinesia resembles fidgeting, wriggling, or body swaying.

The following list covers off many of the typical symptoms of akinesia:

If a person suffers from Parkinson’s disease, they may experience additional symptoms along with the typical akinesia signs, including tremors in the hands and fingers, slow speech or softened speech, difficulty maintaining a straight posture, and bradykinesia.

Those who suffer from Parkinson’s disease can experience something referred to as “Akinetic crisis.” This is where there is severe impairment with movement. It generally occurs when a patient has undergone a long therapy that contains L-DOPA or levodihydroxyphenylalanine. “Akinetic crisis” can be treated and alleviated with intravenous iron. This often enables the patient to regain significant movement again.

The regaining of movement depends on the dosage a person receives. The larger the dose, the more significant the improvement in movement can be. Withdrawing iron treatment in these cases has to be managed carefully since improper withdrawal can lead to a relapse of “Akinetic crisis.”

While these two terms may sound similar, they are quite different. Akinesia refers to the inability to direct your own muscles to move the way you want them. Dyskinesia, on the other hand, refers to a condition where your muscles move unexpectedly or constantly without the ability to stop them. In both of these conditions, the muscles have not lost the ability to perform its function, but rather, the centers responsible for bodily movement have become faulty.

Once a doctor pinpoints the underlying cause, they can go about treating the akinesia. Generally, the treatment mimics approaches taken for Parkinson’s disease. Below is a list of possible treatments for akinesia.

It is interesting to note that some people who are treated for chronic illness can develop akinesia symptoms. The good news is that this is usually a result of inactivity for a long period of time and in such situations, patients often recover by doing physiotherapy. There are other scenarios where lack of movement is temporary—so if you or someone you care about shows any akinesia signs, it is important to see a doctor as soon as possible. You could require long-term symptom management or it could be a temporary problem that can be resolved with physical therapy.

Regular exercise helps reduce pain and discomfort that can occur with motor function conditions, such as akinesia. Because every cause of motor dysfunction is unique to the individual, it is recommended to speak with your doctor or physical therapist to develop a specifically tailored exercise routine that fits you the best. The most important aspect of these exercises is not to overexert yourself or fall, as that may cause further complications.

Exercises like yoga or tai chi can be great options for those looking for an easy to perform a form of exercise.

Eating foods with lots of fiber and drinking plenty of water can also help keep your symptoms to a minimum. It may also be useful to meditate or perform relaxing activities, like listening to music or painting, to slow the effects of akinesia.

Unfortunately, there is no cure for akinesia or the many conditions that cause it. However, there exist many types of medication and therapies that can help mitigate symptoms as much as possible. There are even several lifestyle changes that can help you achieve normal bodily movement as much as possible. New research is being done every day, with it only being a matter of time before a real cure is found.

Related: What is bradyphrenia? Causes, symptoms, and treatment