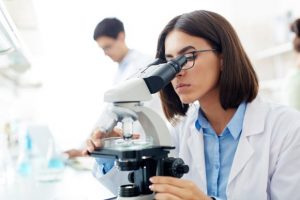 It is easy to recognize someone with Parkinson’s disease. They often have a noticeable tremor, a shuffling gait, and move very slowly. Parkinson’s is a progressive disorder of the nervous system that affects nearly one million Americans. The older demographic typically has Parkinson’s, with the average age of developing being 60. The disease has no cure, but there are treatments with the goal of controlling symptoms as much as possible. New research has introduced another treatment option that comes from a widely used antibiotic commonly used to fight bacterial infection.

Parkinson’s is thought to develop in response to a combination of genetic and environmental factors. Certain neurons in the brain responsible for the production of dopamine gradually break down and die. This results in several changes in the brain, including the presence of Lewy bodies and alpha-synuclein found in Lewy bodies. According to researchers, doxycycline helps reduce the toxicity of alpha-synuclein.

This discovery actually occurred many years ago and by accident no less. A previous alternative treatment to Parkinson’s was being tested on mice models, and the mice remained healthy with it. However, the mice were accidentally fed chow containing doxycycline. This sparked further experiment into doxycycline in an attempt to uncover the mechanisms behind its neuroprotective effects.
New studies in this respect focused on the protein accumulation of alpha-synuclein in the brain. In a laboratory setting, these proteins were synthesized and placed in a culture medium containing the antibiotic doxycycline. They found that the shape of alpha-synuclein differed from its normal appearance caused damage to cell membranes. As much as 80 percent increased cell viability was appreciated. This means that doxycycline altering the shape of alpha-synuclein could theoretically save dopamine-producing neurons.

“We haven’t published any data yet, but I can say right away that doxycycline improves the symptoms of the disease in the animal model. Preliminary results suggest that besides its anti-inflammatory action via a reduction in the release of some cytokines, doxycycline also alters the expression of key genes for the development of Parkinson’s,” said Elaine Del-Bel.

The researchers go on to say that doxycycline’s applications may go beyond Parkinson’s disease. It could also treat Lewy body dementia, the second most common neurodegenerative disease after Alzheimer’s.