Home » General Health » Senior Health » Drinking Over 50: How Much is Too Much? 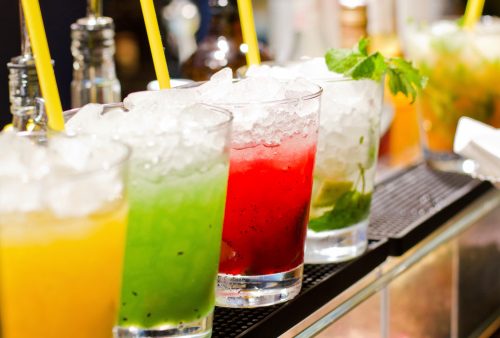 We all know that drinking too much can be harmful to our health. In the United States consuming a lot of alcohol is a leading cause of death according to the Centers for Disease Control and Prevention. Statistics show that 88,000 deaths occurred every year from 2006 to 2010 due to drinking too much. While the numbers are too high there are millions of people around the world who still enjoy an occasional cocktail without any ill effects.

Researchers around the world have studied everything from what alcohol does to the body, to who is drinking what and just how much is too much. Recent research out of England indicates that people over 50 who are social, highly educated, as well as active are more at risk of harmful drinking.

Aging and the drinking phenomenon

The English Longitudinal Survey of Aging (ELSA) was a long-term study that looked at 9,000 responses involving people aged 50 and above, who were questioned in 2008/2009 and 2010/2011. Jose Iparraguirre, chief economist at the British charity, Age UK, led the research. After examining the survey results, Iparraguirre classified harmful drinking as a “middle-class phenomenon” that impacts “successful agers.”

The poll showed that the risk of problem drinking peaked for men in their early 60’s and then started to slowly decrease. The risk in women fell along with age. An increasing risk of alcohol problems was described as 22-50 units of alcohol a week for men and anywhere from 15-35 units per week for women. A higher risk was set at more than 50 units per week for men and more than 35 for women. A pint of beer or a small glass of wine was equal to 2 units of alcohol. This means that someone drinking 50 units a week could have 25 beers or glasses of wine every seven days or three to four servings each day. Smoking, higher level of education, and general good health were all associated with higher risk in both the women and men. Researchers also discovered that higher incomes were linked with a higher risk of increased drinking in women.

The research may have been conducted in England, but there is an assumption that people in other parts of the world will find this phenomenon applicable if they really stop and take note of their alcohol consumption habits. While there is no breakdown based on the exact criteria Iparraguirre and his team used in England, we can give you an idea of what alcohol consumption is like in the United States. According to the National Epidemiologic Survey on Alcohol and Related Conditions (NESARC) 30 percent of American adults don’t drink at all; however, 10 percent; that’s about 24-million people, have 10 or more drinks per day.

The English study suggests that senior health includes a focus on alcohol consumption and ways to reduce the number of drinks per week. Some experts believe that unless society takes the issue more seriously, the cost to health and the economy will get worse.

Theories behind aging and drinking

Although nobody knows for certain why living a good life boosts a person’s chances of over-drinking, some theories include – people with more money can afford to buy more alcohol and successful people have more leisure time to socialize and drink. Some people say the aging factor is simple; you have more time to relax and enjoy drinking when you are retired. There is also a certain segment of the population that could have a false sense of security. These are people who are aging, but feel that since they are in good health they can afford to indulge a little more.

How to enjoy drinking without risking your health

The English study is by no means telling people to stop drinking. You can still enjoy alcohol without risking your health. In fact, countless studies have concluded that red wine in moderation can be good for your cardiovascular health. Recent studies even suggest it may help in preventing certain types of cancer.

In England, the government advises men not to drink more than 3-4 units of alcohol each day. For women the suggested limit is 2-3 units. In the United States, guidelines state one drink per day for women should be safe and two drinks per day for men. One drink is defined as 12 fluid ounces of regular beer with a 5 percent alcohol content or 5 fluid ounces of wine with a 12 percent alcohol content. Cocktails may contain more than these standard drink averages.

If you are health conscious and want to make sure you keep your alcohol consumption in check, here are a few suggestions:

No matter where we live, all we need is a little careful consideration to enjoy a cold beer, a favorite wine or a special spirit without putting ourselves in harm’s way.

This popular alcoholic drink really helps your memory
The latest research is about beer. Scientists have identified a compound from hops, the flowers of the hop plant used to flavor and preserve beer, which could prevent brain cells from damage. So the potential is there for slowing the development of brain disorders like Alzheimer’s and Parkinson’s diseases. Learn more…

Drink To Your Health: Alcohol And The Immune System
Forget about holiday seasonal guilt and raising a glass (or three) to ring in the New Year. New research suggests that you needn’t lock away the bottles for the rest of the year. Moderate alcohol consumption has its benefits; it can protect you from heart disease and reduce your risk of strokes and gallstones. Continue reading…