Home » General Health » Aging adults at risk for meningitis too 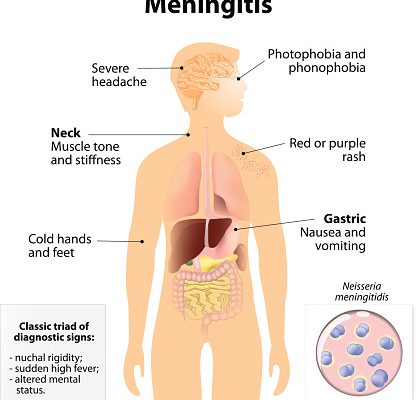 Meningitis is inflammation surrounding protective membranes of the spinal cord. Bacterial meningitis can be life-threatening, especially in aging adults. There are five types of meningitis, including bacterial, viral, fungal, parasitic and non-infectious.

The severity of meningitis can differ and is based on the cause; some can be non-threatening, others can be deadly. Vaccines to ward off bacterial meningitis are administered to children. The vaccine protects against Neisseria meningitides and Streptococcus.

Meningitis can be caused through parasites, fungi, bacteria, viruses and by cancers or medications. Knowing the cause can lead to effective treatment and decrease the risk of complications associated with meningitis.

Who is at risk of meningitis?

Meningitis can affect anyone that doesn’t have the vaccine, but there are certain factors which increase a person’s risk of developing meningitis. People at higher risk for meningitis are: 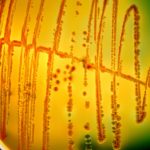 With aging also comes a slew of other medical conditions which can also increase the risk of meningitis. Surgical procedures, along with medications, can put aging adults at higher risk of contracting meningitis.

Lastly, traveling can increase a person’s risk of catching certain meningitis by putting them in contact with a parasite that is more prevalent in other countries than the person’s home country.

Transmission of meningitis in aging adults is caused by catching a contagious bacteria. Many strains of meningitis are not contagious from person to person and cannot be spread through simple contact. Most meningitis is transmitted through the exchange of fluids – for example saliva through kissing. Other types of meningitis can be contracted by eating contaminated food.

Meningococcal meningitis can result in brain damage, hearing loss or a learning disability. 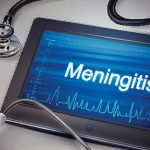 Many with viral meningitis can recover on their own within 10 days. Some cases, which are caused by herpes or influenza, may improve with the help of antiviral medications. Antibiotics cannot be used for the treatment of viral meningitis.

Many causes of viral meningitis do have vaccines, so to lower your risk of developing viral meningitis ensure you are up-to-date with your vaccines. Causes like non-polio enterovirus do not have a vaccine, so prevention involves ensuring you wash your hands properly, avoid touching your face with unwashed hands, avoid those who are sick, cover your coughs or sneezes, clean and disinfect surfaces and stay home when you are sick.

Other variants of meningitis

Parasitic meningitis: Parasitic meningitis can result in a brain infection and can be fatal. A parasite enters the body through the nose. Naegleria fowleri, the parasite, is commonly found around the world but most often in bodies of freshwater, natural hot springs, warm water, discharge from industrial plants, unkempt swimming pools, water heaters and soil. Medication can be used to effectively treat parasitic meningitis. 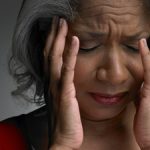 Symptoms of septicemia include:

In order to receive treatment early on you should see a doctor if you have a fever, stiff neck, confusion or vomiting.

Recovering from meningitis and prevention tips 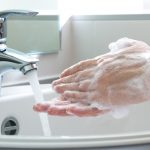 Prevention tips for meningitis are:

Since the outbreak of Ebola in Africa in early 2015, scientists are still working on vaccines and treatments to prevent such an occurrence from happening again. Physicians in the United Kingdom have developed an antiviral treatment which may help protect humans from the Ebola virus. Continue reading…

The University of Utah researchers found that people who lived with no children got cold or flu bugs an average of three to four times a year. But people living with one child saw that number increase to 18 weeks. The number climbed higher for people with six children at 45 weeks a year. Continue reading…