Zika virus news continues to emerge on a daily basis and so here at Bel Marra we have compiled together of our top Zika virus news stories to ensure you stay in the loop. New discoveries uncovered that Zika virus can be sexually transmitted not only from male to female but from female to male as well. And with the Rio Olympic Games right around the corner the buzz around Zika is non-stop.

Zika routes mapped to developing fetus, according to researchers

Researchers have found numerous pathways for Zika virus to be passed on from a pregnant mother to her fetus. The UC San Francisco and UC Berkley study reveled how Zika virus can travel from mother to fetus and thus cause birth defects. Furthermore, researchers were able to find a drug which could block this transmission. Continue reading…

Below you will not only find the latest news about Zika but on ways to protect yourself and your loved ones from the virus as well.

In the statement, health officials have stated that there is a possible local transmission of Zika in the Miami-Dade county. The statement continued, “The department is actively conducting an epidemiological investigation, is collaborating with the Centers for Disease Control, and will share additional details as they become available.”  Continue reading…

The first case of Zika virus transmitted sexually from a female to male has been reported. The New York City woman became infected while travelling abroad and infected her boyfriend during sex upon her return.

Prior to this case, Zika virus was believed to be sexually transmitted only from males to females, not the other way around.

The woman developed Zika infection symptoms while on her flight back home from her trip. A week after having an unprotected vaginal sex with her, her boyfriend began experiencing Zika symptoms, too.

Both individuals have recovered from the Zika infection.

Zika virus poses a particular threat to women who are pregnant or looking to conceive. Luckily, the infected woman was not pregnant. Continue reading… 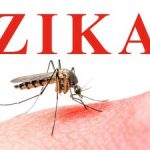 Zika virus in Latin America will end in 3 years

The Zika virus spreading across Latin America is expected to end in three years, according to the British researchers who based their estimates on the available data.

Lead researcher Neil Ferguson said they used “all available data to provide an understanding of how the disease will unfold — and allows us to gauge the threat in the imminent future. Our analysis suggests that Zika spread is not containable, but that the epidemic will burn itself out within two-three years.”

Ferguson explained, “The current explosive epidemic will burn itself out due to a phenomenon called herd immunity. Because the virus is unable to infect the same person twice — thanks to the immune system generating antibodies to kill it — the epidemic reaches a stage where there are too few people left to infect for transmission to be sustained.”

Zika virus will not gain momentum again for at least another decade after it fizzles off. “This mirrors other epidemics, such as chikungunia — a similar virus to Zika — where we have seen explosive epidemics followed by long periods with few new cases,” he continued. Continue reading… 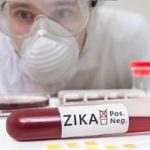 Zika virus prevention with green tea molecule epigallocatechin (EGCG) shows potential, according to research. EGCG blocks the Zika virus in the host cells – which may be beneficial at preventing Zika. The authors wrote, “The mechanism by which this inhibition occurs is probably related to the direct interaction of the drug with lipid envelope, leading to a subsequent destruction of the virus particle.”

Zika virus continues to spread threatening to turn into an epidemic, and with the Rio Olympic Games right around the corner, there is a strong need for definitive preventative measures directed at Zika virus.

EGCG has been found to show activity against other viruses, including HIV, by not letting the virus into the host cells. Using the Brazilian strain of Zika virus, the researchers infected cells in a laboratory setting and mixed the virus with different concentrations of EGCG.

The researchers found that the higher the concentration of EGCG was, the better it was able to prevent Zika virus from entering the cells.

This is the first study to reveal the benefits of EGCG in preventing Zika virus. Furthermore, EGCG has been found to be safe for healthy individuals. In mice studies, it has been shown to be safe during pregnancy, too.