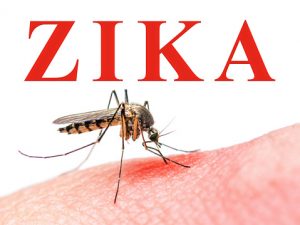 The Zika virus spreading across Latin America is expected to end in three years, according to the British researchers who based their estimates on the available data.

Lead researcher Neil Ferguson said they used “all available data to provide an understanding of how the disease will unfold — and allows us to gauge the threat in the imminent future. Our analysis suggests that Zika spread is not containable, but that the epidemic will burn itself out within two-three years.”

Ferguson explained, “The current explosive epidemic will burn itself out due to a phenomenon called herd immunity. Because the virus is unable to infect the same person twice — thanks to the immune system generating antibodies to kill it — the epidemic reaches a stage where there are too few people left to infect for transmission to be sustained.”

Zika virus will not gain momentum again for at least another decade after it fizzles off. “This mirrors other epidemics, such as chikungunia — a similar virus to Zika — where we have seen explosive epidemics followed by long periods with few new cases,” he continued.
“Efforts to contain the epidemic would have needed to have been implemented much earlier in the current Zika epidemic to have a major effect — but by the time we realized the scale of the problem it was too late,” said Ferguson.

He suggests that all efforts to create a vaccine should still be put forth while the virus is highly active.

Even researchers at Johns Hopkins tried to piece together as to why Zika virus is far more dangerous this time around. They came up with two theories. The first implies that the virus mutated and became more infectious. The second states the virus originally affected only a small group of people and went unnoticed. When it came to Brazil – a country with a population of 200 million – its effects were far more obvious.

Although Zika virus has been around for 70 years, there is much unknown about it, and no vaccine or cure for it is available yet.