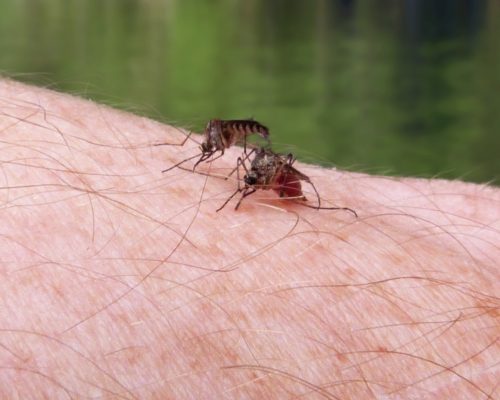 Controlling the Aedes aegypti population is difficult as its bites are painless, it lives in close proximity to humans, and it can breed in small and often hidden water containers. Furthermore, this type of mosquito can build resistance against insecticides.

Once a mosquito is infected it stays infected for life, and when it reproduces the infection is passed on. This is where the idea of controlling mosquito mating came into play to stop the spread of infection through mating.

Current practice involves using insecticides in the water storage reservoirs to kill off larva, but accessing all reservoirs is challenging. Even spraying the air is limited as it won’t reach the infected mosquitoes indoors that can go back outdoors and reproduce.


Zika virus can be controlled by changes in mosquito mating

Coauthor of the research Laura Harrington explained, “We have two main goals. The first is to understand the basic biology of the mosquito mating system, and the second is to try to understand it in a way that we can develop novel strategies for controlling the mosquito. We are focusing on reproduction because we see it as the Achilles heel of the mosquito.”

The news study is based on previous research that explained how to control mosquitoes through their mating. The male mosquito passes its seminal fluid proteins to the female, which changes her gene expressions resulting in increased egg production and decreased probability of mating again.

The researchers compared RNA between female mosquitoes that had mated and those that did not and found additional 60 RNA in those females who mated, meaning that the male mosquitoes pass genes on.

Harrington added, “We can either genetically engineer males not to induce this specific molecule, or we can create a smart insecticide that binds with the molecule and makes it inaccessible to the female.”

This method could effectively target mosquitoes without negatively impacting other insects in the process.

Zika virus strain in Brazil are more lethal than in Africa, and a new Zika clone has been engineered to help further research. The strain of Zika virus currently circulating in Brazil has been found to infect and cause damage to mice fetuses, and in stem cell cultures of the human nervous system, the infection was found to contribute to cell death. Compared to the virus circulating in Africa, the Brazilian Zika strain has shown to be more lethal to cells that later in development specialize into those making up the brain. Continue reading…