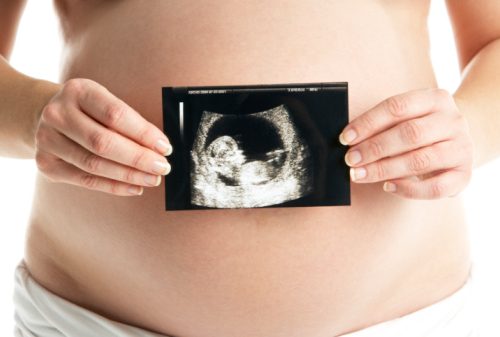 Zika outbreak 2016: U.S. and Brazil teams have joined the effort to probe the Zika virus and determine if it is linked to microcephaly. For now, the Zika virus continues spreading across the Caribbean islands, and the World Health Organization (WHO) has reported it may even go as far as Africa.

On February 17, 2016, Trinidad and Tobago reported their first Zika case in a senior woman who traveled to New Zealand, but investigators believe that virus was caught locally and not abroad. Other Caribbean locations with Zika are Aruba and Venezuela’s coast.

The WHO reported that although surveillance of Zika has not been underway in Africa, cases of Zika have been turning up for years there. They said that in some areas of Africa it may even be an epidemic.

The WHO suggests that some nations in Africa may have built an immune defense against Zika, but the strain spreading across the Americas may not be known to the Africans, potentially leading to additional cases.

So far, only Cape Verde is the only African nation to report Zika incidences with over 7,000 cases from October to December 2015. The WHO does report that since December the number of new Zika cases has been on the decline.

Many African countries are at large risk for Zika as there are plenty of the virus-spreading mosquitoes that have adapted to African cities where sewage is rampant and drainage systems are poor. Furthermore, healthcare access greatly varies across Africa, so there bound to be areas with more cases.

The World Health Organization urges countries to assess their own risk and take action.

U.S. and Brazilian health workers are looking to probe the link between Zika virus and microcephaly. The research teams are looking for mothers and children to determine if Zika virus is linked to microcephaly – a birth defect that causes infants to be born with unusually small heads.

Many believe that Zika virus is behind the birth condition, but researchers are only now beginning to test if there is a true connection. The researchers will compare babies affected by microcephaly and their mothers to infants without the condition.

Erin Staples, part of the research team, said, “Understanding is that Zika virus (behind the microcephaly spike). How much of that is Zika virus is really one of the important goals of this study. I do believe there is something occurring that is unique and knowable, but we really need to understand better, mostly so we can prevent this from happening to other generations. If we can provide some basic information or show a potential association, that will allow us another avenue of how do we prevent this and what do we need to do next.”

Blood samples will be taken from babies and mothers and analyzed in Brazilian and American labs to test for Zika and dengue to determine if babies born with microcephaly are infected with either one of these. The findings will help not only find the cause but will rule out viruses not responsible for the birth defect. 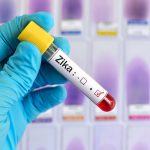 The researchers studied the case of a Brazilian woman who gave birth to a baby with microcephaly as a confirmation that it was caused by the Zika virus. The World Health Organization, on the other hand, does not feel that the study proves that Zika led to microcephaly and suggests that additional research is required.

The rise in microcephaly cases in Brazil began to occur during the rise of Zika, leading researchers to believe that the two were linked. The study published in Lancet Infectious Diseases looked at two Brazilian women who had muscle aches, fever, and rashes during their pregnancies. Researchers conducted amniocentesis once the ultrasound revealed the babies had microcephaly.

Genetic analysis confirmed Zika diagnosis, thus discounting similar viruses that may have been present. Lead scientist Dr. Ana de Filippis said, “This study reports details of the Zika virus being identified directly in the amniotic fluid of a woman during her pregnancy, suggesting the virus could cross the placental barrier and potentially infect the foetus. This study cannot determine whether the Zika virus identified in these two cases was the cause of microcephaly in the babies. Until we understand the biological mechanism linking Zika to microcephaly we cannot be certain that one causes the other, and further research is urgently needed.”

Other researchers believe there is still much unknown regarding Zika and microcephaly, so we should not jump to conclusions as other viruses may present themselves as Zika.

The main risk that is being reported with regards to Zika is the complications it can have on pregnant women and unborn babies. Pregnant women are then being advised to avoid traveling to known areas of the Zika outbreak, and if travel is necessary to strictly follow protocol in order to prevent mosquito bites.

Even if you are not pregnant but are planning to become pregnant, it is still important that you adhere to the precaution, as being infected with the Zika virus still poses a risk to your future children.

Much of the world’s attention has been on the mosquito-borne disease Zika, and now medical experts believe the Zika virus could be linked to Guillain-Barre syndrome or, as some simply call it, GBS. Guillain-Barre syndrome is a rare, yet serious autoimmune disorder. According to medical officials at the Mayo Clinic, when someone gets GBS, their body’s immune system attacks their nerves. Continue reading…

The Zika virus is spread through mosquito bites, and insecticides can help reduce your risk of getting bitten. The Zika virus originated in Brazil and is quickly becoming a global problem, with many countries now being labeled as dangerous for travel, especially for pregnant women. The Zika virus poses a more serious risk to pregnant women, as it contributes to birth defects in the child. So if you are expecting or planning to have a child, it’s important to avoid the countries with cases of Zika. Continue reading…