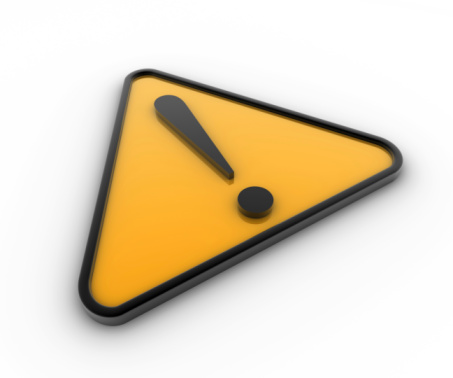 Is your home danger-free from falls and other similar types of accidental injuries? A recent study showed that the incidence of injuries falls at home is as significant as the frequency of injuries associated with vehicular accidents. According to the report of Dr. Keall’s team, who embarked on a research investigation for the World Health Organization, the number of emergency cases due to falls that happened at home is quite substantial and thus it is important to identify dangerous areas within the home to prevent these injuries.

The Potential for an Emergency is Always There

It has been estimated that in Europe alone, approximately 110,000 deaths were due to falls and other types of accidental injuries in the home. In relation to this estimate, almost 32,000,000 people were brought to the emergency room or hospitalized due to falls and other medical conditions related to this occurrence, including difficulty in breathing and dizziness. The home injury rate in Europe has been reported as 22 per 100,000 individuals and this calculation appears to be twice higher than the rate of injuries causes by road accidents (10 for every 100,000). It is thus easy to imagine the extent of emergency cases treated in hospitals for pain, difficulty in breathing, and other related medical conditions attributable to falls and similar types of injuries.

An alarming information included in Dr. Keall’s report involved the incidence of falls among children, thus requiring these young individuals to be immediately treated in the emergency room for various types of injuries due to falls including breathing problems, bleeding, and pain. The report showed that the highest rates of emergency cases related to injuries involved children below the age of 5, whereas the number of emergency cases decreases with age. In addition, emergency cases again increase with the elderly, who are also at risk for falls and possibly difficulty in breathing when these incidents occur.

On the basis of these estimates, it is thus important to identify the potential areas in the home that may cause falls and other types of accidents, thus resulting in emergency treatment to say the least, and possibly death. Prevention efforts should then be focused in correcting these areas in the home in order to decrease the risk of falls and related medical conditions such as breathing problems, bone fractures, and bleeding.

In the case of children, injuries may be prevented in the home by installing windows guards, which decreases the risk of falling out among children. In addition, fencing around the swimming pool may also prevent young children from falling into the water, especially when they have not yet learned the proper breathing and floating techniques. Several emergency cases among children that involve falling into pools while the parents are attending to other home chores. The shock of accidentally falling into a pool may also influence the rate of breathing in any individual and this may be worse when it involves young children.

Handrails for the steps and stairs in the home may also decrease the risk for falls in the home. This fixture also largely improves the way elderly individuals go up and down the stairs, especially when these individuals are quite frail and find difficulty in breathing. Handrails serve as guards against injuries in the stairs and also serve as a source of balance. Breathing may also stabilize in the elderly when they are capable of holding on to a stable fixture as they walk up or down the steps. This ease in breathing among the elderly may also generally increase their quality of life at home.

Injuries in the home may also be prevented by identifying areas with poor lighting and correcting these by installing extra light bulbs in these areas. It is possible certain accidents in the home were attributable to unseen furniture, or toys on the floor, thus resulting in trips and falls. Other emergency cases that involve falling are associated with slippery areas, such as the bathroom and kitchen. Placing rubber mats, rugs, and handrails may decrease the risk of injuries in these areas.

We may often underestimate the risk of injuries that may occur in our homes and thus it is important to assess whether certain common features in the house may cause accidents. This assessment will not only prevent injuries, but also increase the chances to live longer. It is important to understand that most injuries are preventable, as long as the potential dangers are recognized and corrected at the earliest possible time.