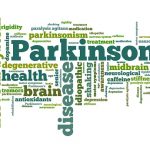 At least 70 percent of Parkinson’s disease patients will experience a fall at least once a year and many patients will suffer from recurrent falls, which result in fractures, broken bones, and hospital visits.

Researcher Dr. Emily Henderson said, “”With the degeneration of dopamine-producing nerve cells, people with Parkinson’s often have issues with unsteadiness when walking. As part of the condition, they also have lower levels of acetylcholine, a chemical which helps us to concentrate – making it extremely difficult to pay attention to walking… We already know that rivastigmine works to treat dementia by preventing the breakdown of acetylcholine, however, our study shows for the first time that it can also improve regularity of walking, speed, and balance. This is a real breakthrough in reducing the risk of falls for people with Parkinson’s.”

The researchers studied 130 Parkinson’s patients who had fallen in the past year. Half of them were given rivastigmine and the other half received a placebo.

“People affected by Parkinson’s, their carers, and health and social care professionals have said that preventing falls and improving balance is the biggest unmet need for people living with the condition, other than finding a cure,” explained Dr. Arthur Roach. Continue reading… 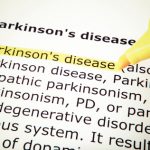 The risk of Parkinson’s disease has been found to be higher in patients with rosacea, a skin condition that causes redness in the face. The researchers from Copenhagen found that among five million Danes, those with rosacea were twice as likely to develop Parkinson’s disease compared to those without it. It’s important to note that the researchers merely uncovered an association between the two conditions and not a cause-and-effect relationship.

Lead researcher Dr. Alexander Egeberg said, “Rosacea is a common facial skin disorder affecting up to 10 percent of light-skinned individuals, women in particular. It is possible that rosacea, or rosacea-associated features, such as facial flushing, may contribute to Parkinson’s disease diagnosis at an early stage.” Continue reading… 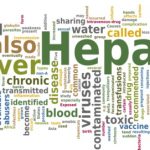 Study author Chia-Hung Kao said, “Many factors clearly play a role in the development of Parkinson’s disease, including environmental factors. This nationwide study, using the National Health Insurance Research Database of Taiwan, suggests that hepatitis caused specifically by the hepatitis C virus may increase the risk of developing the disease. More research is needed to investigate this link.”

The World Health Organization estimated 130 to 150 million people worldwide have hepatitis C, which can lead to serious illness and can go undetected, as it may not present itself with many symptoms at first. Continue reading…

Parkinson’s disease risk in men has been found to be lower with high uric acid (urate) levels in blood. Urate is formed when purines – found in many of the foods and beverages we consume – are broken down in the body.

Study author Xiang Gao said, “These results suggest that urate could protect against Parkinson’s or slow the progression of the disease in its very early stages before symptoms are seen. The findings support more research on whether raising the level of urate in people with early Parkinson’s may slow the disease down.”

Gao suggests that individuals can easily increase their purine levels in the body in order to receive protective properties of these substances, but excessively high amount of purines can lead to kidney stones and gout. 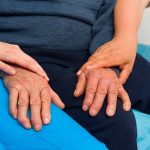 A team of researchers from the Boston University School of Medicine (BUSM) have identified a hitherto unknown cellular defect in patients suffering from idiopathic Parkinson’s disease. They also discovered a string of pathological events that can either trigger premature death of certain cerebral neurons, or even accelerate the process.

Parkinson’s disease is a degenerative disorder of the nervous system. It impairs movement and other vital functions in the affected person. In spite of many advances in understanding the causes of familial forms of this disease, there is still a mystery surrounding what causes the most prevalent idiopathic form of Parkinson’s disease. If this mystery is solved, the prevalence of the disease would be a lot smaller than the current one million Parkinson’s disease sufferers in the United States.

The chances of that mystery being solved have improved significantly thanks to the efforts of the researches at the Boston University School of Medicine.

The details of the study, which provides a better understanding and will hopefully lead to further research towards a possible cure of Parkinson’s disease, are published in the journal Nature Communications. Continue reading…