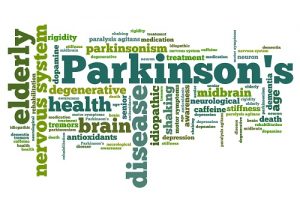 Parkinson’s disease risk in men has been found to be lower with high uric acid (urate) levels in blood. Urate is formed when purines – found in many of the foods and beverages we consume – are broken down in the body.

Study author Xiang Gao said, “These results suggest that urate could protect against Parkinson’s or slow the progression of the disease in its very early stages before symptoms are seen. The findings support more research on whether raising the level of urate in people with early Parkinson’s may slow the disease down.”

Gao suggests that individuals can easily increase their purine levels in the body in order to receive protective properties of these substances, but excessively high amount of purines can lead to kidney stones and gout.

The study looked at 90,124 participants from three large study groups. Blood tests were used to measure urate levels. Across the groups, 388 individuals developed Parkinson’s disease. The results were compared to three previous studies for meta-analysis.

Gao pointed out the study only reveals a relationship and not cause and effect, nor does it prove that urate can protect against Parkinson’s disease.

Previous research showed that in Parkinson’s disease patients, urate levels become elevated by inosine treatment. Principal investigator, Michael Schwarzschild, said, “This study provided clear evidence that, in people with early Parkinson disease, inosine treatment can safely elevate urate levels in the blood and cerebrospinal fluid for months or years. We know that urate has neuroprotective properties in animal models, and an unusual convergence of human studies suggested its possible use as a disease-modifying strategy in Parkinson’s; so the positive results of this trial are very encouraging.”

Three of the participants did develop kidney stones, which is a consequence of high urate levels, but two of these cases were not deemed to be related to urate levels. There was no increase in gout or other urate-related problems seen among the participants. After six months, 95 percent of participants reported no problems associated with taking inosine.

The dosages successfully increased urate levels in blood and cerebrospinal fluid within target ranges. One month prior to the study ending, urate levels returned back to original for all participants. Schwarzschild added, “These results support advancing to a larger trial capable of addressing whether inosine might fill the critical unmet need for disease-modifying treatment. The information provided by this trial is helping us design a phase three trial, and with guidance from the FDA, we are preparing an application for additional funding from the National Institutes of Health.”

Schwarzschild did caution, “While there is considerable evidence to support this therapy’s potential, inosine is still an unproven treatment for Parkinson disease. We know that excessively high urate can lead to kidney stones, gout and possibly other untoward effects, which is why attempts to elevate urate are best pursued in carefully designed clinical trials where the risks can be reduced and balanced against possible benefits.”

Parkinson’s disease is a neurodegenerative disorder that affects elderly adults and is characterized by the occurrence of tremors, slow mobility, and a peculiar walk in which the back is usually arched and the head positioned forward. Although Parkinson’s disease commonly affects the elderly, the symptoms of this condition may develop by the age of 50. Continue reading…