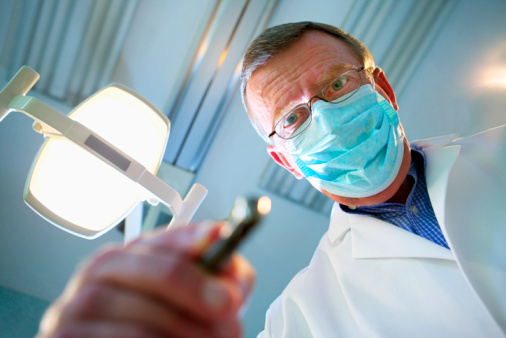 Do you strategically smile through closed lips? New research published in the Journal of Dental Research shows that millions of people worldwide are suffering from dental problems that are preventable, but are nevertheless being voluntarily left untreated.  Untreated dental health issues can have a significantly negative impact on a person’s overall health and well-being, and should be addressed appropriately.  Despite advancements in  dental medicine and growing awareness of the importance of oral hygiene, a team of researchers at the University of London found a whopping increase in the number of oral health conditions and diseases, rapidly increasing around the world.

The Global Burden of Disease (GBD) 2010 Study showed that approximately 3.9 billion people – more than half of the worldwide population – suffer from some form of oral health condition.  Through the course of this research, 291 oral health conditions were investigated.  The most common condition that arose was untreated tooth decay, with approximately 35 percent of the worldwide population suffering from this condition.

Between 1990 and 2010, there was about a 20 percent increase in oral health diseases worldwide. The researchers suggest that this finding is due to the immense population growth and aging.  The areas of the world that were most affected by increased oral health conditions were in Eastern (52%), Central (51%), and Sub-Saharan Africa and Oceania (48%).

Interestingly, the GBD 2010 study found that there has been a global shift in oral health, from severe tooth loss once being the primary dental health concern towards severe periodontitis and untreated tooth decay (cavities) currently being at the forefront of concern.

Plaque, which is a clear sticky substance, is constantly forming on your teeth and gums. This plaque contains bacteria which essentially “eat away” at your teeth, breaking down tooth enamel and causing tooth decay.  If tooth decay is left untreated, it can lead to more serious problems such as pain, infection and even tooth loss.

Unfortunately, tooth decay doesn’t usually cause symptoms until a full cavity is formed, at which point you may notice a toothache.  Treatment for tooth decay varies depending on its severity.  If there is mild pain, it may be reversible, simply by using fluoride.  If cavities have formed, a dentist can fill them.  However, if the cavity is more severe, a root canal or crown may be necessary, and in extreme cases of tooth decay, the affected tooth may have to be removed.  Luckily though, tooth decay can be prevented by brushing and flossing your teeth twice a day, regularly seeing your dentist, and by avoiding sugary snacks.

Implications of the GBD 2010 Study

Professor Marcenes states that there are billions of people that suffer with oral health conditions that are left untreated, and these conditions can lead to tooth pain.  This can cause disturbances in eating and sleeping patterns, which can lead to a multitude of other health concerns. Disability due to severe tooth loss can have a detrimental impact on physical, emotional and financial health, negatively impacting a person’s quality of life.

The findings from the Global Burden of Disease 2010 study show that there is a need to focus attention on the prevention and treatment of oral health conditions, particularly in developing countries around the world.  Healthcare professionals and policy makers need to be involved in the decision-making process to address the preventable oral health concerns that are being seen at staggering levels around the world.

Related Reading: Can mouthwash give you a heart attack?