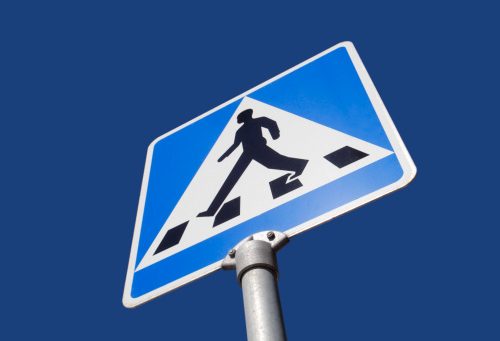 Over the next 20 years the number of elderly drivers on the road is expected to double in the United States. This may set off alarm bells for the average motorist since traditionally the elderly have been labeled as the most dangerous drivers. While research does show their declining physical and mental abilities turn them into conservative drivers, new information seems to suggest seniors are a lot better off behind the wheel than walking.

RELATED READING: Why Iced Tea is Killing Your Kidneys

According to the Journal of the American Geriatric Society, in 2009 older adults accounted for close to 40 per cent of pedestrian deaths. The question suddenly becomes, how do we make roads safer for elderly pedestrians so that emergency room doctors don’t keep seeing them?

Dr. David Carr is considered one of the leading experts on older driver assessment. He’s conducted a lot of research through the University of Washington in St. Louis Missouri. He says cities should focus on protecting the elderly as pedestrians to keep them out of the ER, instead of trying to come up with more ways to restrict them as drivers.

The Emergency Behind the Situation

Putting preventative measures in place is not that easy. As we age, our body alignment and balance become less stable, our vision is not as sharp, and some of us have reduced hearing ability. The UK researchers say that when elderly people cross the street it is particularly risky because many of them can’t judge speed or distance very well.

As we get older we can incorporate certain exercises into our daily routine to improve our flexibility and balance. These exercises can improve our confidence and reduce our risk of tripping or falling. People who exercise on a regular basis are less likely to have to visit their local ER.

Preventative Steps to Keep You Out of the ER

Preventative steps become a little more challenging once an elderly person has been diagnosed with a cognitive impairment. There has been some research that suggests brain training can reduce the number of crashes seniors are involved in by as much as 50 per cent.  During a “brain gym” study at the University of South Florida, elderly participants worked with flashing targets on computer screens and pattern recognition to solve problems. The participants were tracked for 6 years to see how many accidents they were in and if they were responsible. The results indicated that those who trained their brains were less likely to cause a crash.

While the UK study seems to indicate that walking is more of a concern for elderly than driving, there is no denying that as people get older their ability to operate vehicles declines. Just days after the study was released to the media, an elderly driver in Los Angeles backed up and ran over 9 children and 2 adults near an elementary school. All had to be rushed to the hospital’s emergency department.  Four of the kids were seriously injured.

In recent years the UK, the United States and Canada have placed more emphasis on the renewal of licenses for the elderly. Many states, including New York are developing preventative campaigns; programs to educate seniors about the challenges of driving as they get older. As for pedestrian safety, in the United States it falls under the jurisdiction of the Federal Highway Administration. The FHWA has launched its own pedestrian safety program and encourages all cities across the country to implement it.