Home » Heart Health » Why is smoking harmful during pregnancy? 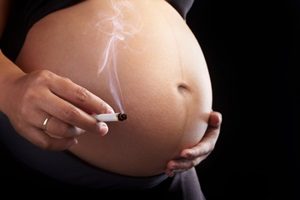 The American Cancer Society says it best: “Nicotine is a drug found naturally in tobacco, which is as addictive as heroin or cocaine.”

Smoking is an addiction that’s hard to beat. When it comes to smoking and pregnancy, though, the mother is putting more than her own health at risk…

Before we look at the grim facts of smoking while pregnant – and encourage women considering getting pregnant to take steps to quit smoking – we want to understand the dependency. Tobacco use and pregnancy don’t mix, but quitting isn’t as simple as declaring, “That’s my last cigarette. I’m done!” Addiction is mind control. Literally.

Nicotine creates feel-good emotions that make the smoker want to smoke more. It floods the brain’s reward circuits with the happiness-inducing hormone, dopamine. It also gives you an addictive adrenaline rush.

Once you’re dependent on nicotine, no question you’ll experience physical and emotional withdrawal symptoms when you stop: Irritability, nervousness, headaches, and trouble sleeping.

“The true marker for addiction, though, is that people still smoke even though they know smoking is bad for them – affecting their lives, their health, and their families in unhealthy ways,” the American Cancer Society says. “In fact, most people who smoke want to quit.” 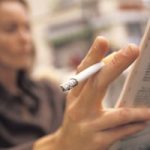 According to the U.S. 2011 Pregnancy Risk Assessment and Monitoring System (PRAMS) data from 24 states, about 10 percent of women reported smoking during the last three months of pregnancy. That’s how common smoking and pregnancy is.
From the same data, of women who smoked three months before pregnancy, 55 percent quit during pregnancy. Among those women, 40 percent relapsed within six months after delivery. If you haven’t started smoking, but you’re surrounded by friends who do, don’t start! The more times you try to quit, the harder it seems to get.

Harmful effects of smoking during pregnancy

Smoking also makes it harder to get pregnant in the first place. It’s toxic for your body.

And what you’re pregnant, when you smoke, your baby does, too. As you inhale poisons such as nicotine, lead, arsenic and carbon monoxide, they get into the placenta, the baby’s food and oxygen source during pregnancy. The placenta is the tissue that connects you to your baby, also responsible for eliminating wastes. Problem is, these poisons keep your baby from getting the proper supply of nutrients and oxygen they need to grow.

And that’s not all when it comes to risks of smoking while pregnant… Here’s a list of facts about smoking and pregnancy, according to the U.S. Center for Disease Control and Prevention (CDC):

Risks of smoking while pregnant

While those are the main risks of smoking while pregnant, there are other suspected dangers of smoking during pregnancy. It may cause your baby to have more colds, lung problems, learning disabilities, and physical growth problems.

If a mother continues to smoke after the birth, the baby may get more colds, coughs, and ear infections. Secondhand smoke from cigarettes makes it harder for babies to breathe, putting the baby at risk for bronchitis and pneumonia. There is also evidence to suggest that asthma is more likely to develop in kids whose parents smoke. 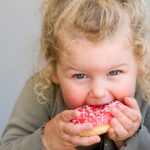 The CDC also has a lot to say about the benefits of quitting. Even if you’re still smoking into your pregnancy, quitting will help you and your baby. Your baby will get more oxygen, even after just one day of not smoking!

The risks of tobacco use and pregnancy decrease if you quit, including:

Why put you and your baby up against the all-too-apparent dangers of smoking during pregnancy?

There are so many reasons tobacco use and pregnancy will put your health in danger, along with the health of your child. It isn’t easy to quit, but speak to your doctor to get the support and help you need. Make the effort for you and your baby.

Giving up smoking is the easiest thing in the world. I know because I’ve done it many times.” – Mark Twain
With all due respect to Mr. Twain, he didn’t quit hard enough. The successful mantra to kick the habit is, “If at first you don’t succeed, quit, quit again.” Yes, even if you have done it many times before, … Read More

How Smoking Affects Your Morning Coffee

If you smoke, or used to smoke, you may not be enjoying that morning coffee as much as you could be. Wait! Many of us depend on that first cup of joe to get us up and about…Smoking does a number on your taste buds, particularly when it comes to bitter flavors. So your coffee’s hardly good … Read More