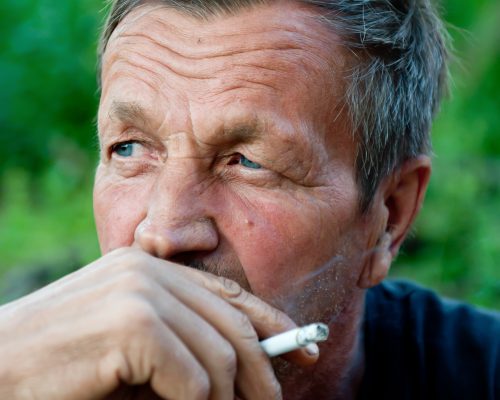 If you smoke, or used to smoke, you may not be enjoying that morning coffee as much as you could be. Wait! Many of us depend on that first cup of joe to get us up and about…

Smoking does a number on your taste buds, particularly when it comes to bitter flavors.

So your coffee’s hardly good to the last drop! Reason enough to butt out?

Bitterness normally can be tasted at low concentrations, and a bitter element is a part of the flavor of coffee. And new research by Pitié-Salpêtrière Hospital APHP in France reveals that while smoking doesn’t appear to affect taste when it comes to sweet, sour and salty flavors, it does alter the ability of the taste buds to detect bitterness.

The study, published in the journal Chemosensory Perception, followed 451 employees of hospitals in Paris. The researchers grouped the subjects by smokers, non-smokers and former smokers. The staffers were tested on their ability to recognize salty, sweet, sour and bitter tastes, as well as the intensity of those different tastes.

Research showed that smoking had no effect on the ability of a person to detect salty, sweet or sour flavors. However, smokers and non-smokers were less able to taste bitter flavors – such as those imparted by caffeine in coffee – than those who had never smoked. Of the non-smokers, 13.4 percent were unable to detect a bitter taste sample when asked; by contrast, 19.8 percent of smokers and 26.5 percent of those who had quit smoking couldn’t taste the bitterness.

Sure, it’s bad for the lungs, the skin and your mortality risk, but how does tobacco mess with your taste buds? The chemicals found in cigarettes can cause structural damage to the area of the tongue where the taste buds are found. A study released in 2009, which followed 62 Greek soldiers, looked at taste sensitivity and the size and shape of taste buds of the participants.

Now we know more about the type of tastes that are affected, and the lasting effect even after a person quits smoking. The researchers say that the chemicals affecting taste may accumulate in the body, hence the long-lasting damage.

What the researchers don’t know is how long smoking affects your taste buds after you have quit, and whether the effect can ever be reversed. We’re betting, though, that it can. The body has an amazing talent to rejuvenate and rebuild.

“We consider that the perception of bitter taste should be examined more closely, both as a tool for smoking cessation or for preventing smoking initiation,” says the study lead author. “More generally, it should be worthwhile to consider the role of chemosensory perceptions in smoking behavior.”

Scientific intervention aside, we really do want to savor every drop of our morning coffee, now don’t we?