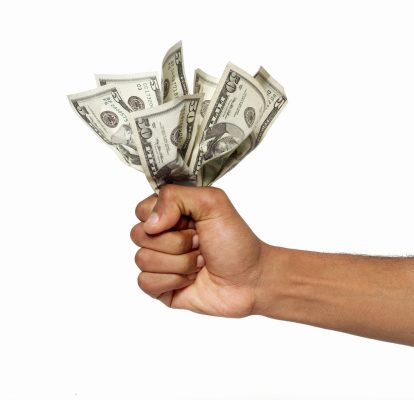 Health agencies recognize the fact that certain lifestyle behaviors can decrease the likelihood of attaining good health by promoting the development of chronic diseases such as diabetes, hypertension, and cancer.  For example, excessive consumption of fat- and sugar-rich food items may increase the chances of developing obesity, which is a condition characterized by the excessive accumulation of body fat.  Obesity has been strongly associated with a wide spectrum of health problems, thus necessitating frequent visits to the hospital for diagnostics, treatment, and monitoring.

Physicians and nutritionists often encourage individuals struggling with obesity to engage in regular physical exercise and consume healthy, nutritious diets to lose weight and prevent the development of additional weight-related chronic diseases.  There are also anti-obesity drugs that are prescribed for obesity, allowing a reduction in an individual’s appetite and inhibiting the absorption of fat into the body system.  The effects of these anti-obesity drugs were designed to assist an individual to lose weight.

On an economic point of view, obesity has resulted in an increase in the delivery of healthcare services around the world.  Poor lifestyle behavior has been associated with almost 80% of deaths and 51% of disability cases reported in the United Kingdom alone.  Approximately 40% of these reported cases are strongly associated with excessive weight gain.  In the United States, approximately 40% of mortality cases are linked to lifestyle behaviors, including that of weight problems.

The Cost vs. Obesity Debate

In an interesting debate and analysis report published in the journal BMC Public Health, the role of lifestyle interventions in the prevention of chronic diseases such as obesity was examined.  The report explained that the promotion of good health by various health programs may result in the reduction in morbidity and mortality in society and more importantly, reduced the cost of providing healthcare services to the general public.

The main outcomes of good health programs initiated by health departments are generally assessed after years of monitoring of registries.  For example, in Wales, a reduction in the mortality rates associated with coronary heart disease was associated with an increase in efforts in promoting good health, including programs to lose weight, to engage in regular physical activity, and to consume nutritious diets.  Economic analysts in the United Kingdom have earlier reported that the healthcare cost associated with obesity has reached approximately $10 billion in 2002.  Predictions indicate that healthcare costs for weight-related chronic diseases in 2030 may face an additional 11 million more patients if prevention programs are not aggressively initiated at the earliest possible time.

Help Lose Weight – To Save Money?

International health groups, including the World Health Organization, have also pointed out the inequalities in health, especially those involving differences specific parameters such as weight problems and other lifestyle behaviors, may be tackled through programs that promote healthy living.  Programs focused on ways to lose weight may also decrease the probability of facing a obesity pandemic across the globe, in which life expectancy is markedly reduced due to the higher incidence of chronic diseases.

An interesting approach used in the report involved that analysis of cost effectiveness of disease prevention programs versus that of cost saving.  The authors of the medical report emphasized that the design of health programs should not be mainly based on the economic cost of delivery of healthcare services, but largely on the incidence of disease and death in the general public.  Regardless of initiating disease prevention programs or implementing treatment programs for diseases related to poor lifestyle activities, the government will still be burdened with its resources to fulfill its role of providing for its society.  However, the implementation of disease prevention programs is more beneficial because it decreases the likelihood of morbidity and mortality in society.