Home » Health News » Physical Side Effects of Depression on Your Body 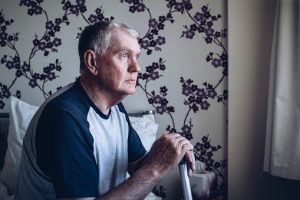 As of 2012, one in 10 Americans has experienced bouts of depression. This number is estimated to increase by 20 percent each year. Sadly, though, up to 80 percent of these people are not receiving treatment for their depression, whether they are scared to ask for help or are not able to do so, factors are in place preventing treatment from being carried out. 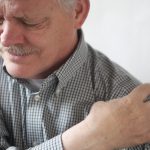 An exact cause of depression is still unknown, but researchers have compiled a few factors which could contribute to the onset of depression. These factors include:

Depression is most commonly found in teens, but it can start at any age. Women are more generally diagnosed with depression than men. Although this may have to do with the fact that women seek out help and medical advice more so than men do.

Alternative factors which can put a person at higher risk to develop depression are the following:

These are all factors to consider when trying to diagnose depression and considering appropriate treatment. Although it may appear that depression has a lot to do with the brain, physical effects of depression are a very real concern.

Physical Effects of Depression on the Body 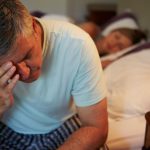 The link between depression and physical symptoms is well noted in medicine. Some of the most common side effects of depression include:

Similar to physical pain, there is a cycle of fatigue and depression as the two feed each other. Fatigue in depression may be a result of sleep problems, diet, stress, and even some medications aimed at treating depression may cause fatigue.

Several studies have looked at the link between depression and low libido. Low libido and depression have many similar risk factors and with depression, patients tend to have poorer health. Lack of circulation, smoking habits, and unhealthy diets can all contribute to low libido. Furthermore, if you are depressed you are in a state of unhappiness and low energy which are key factors to libido.

Effects of Depression on Nervous System

Our nervous system encounters many side effects of depression, including lack of concentration, feelings of hopelessness, being unable to perform normal everyday tasks, and loss of interest in things they once loved or life in general.

Effects of Depression on Appetite

Our digestive system also experiences physiological effects of depression because a depressed person will start to eat much less, disrupting their intake of essential nutrients. If the digestive system doesn’t receive these nutrients it cannot fuel the body, leading to physical effects of depression on our body. Changes in eating habits can also disrupt already pre-existing health problems, such as diabetes, and can further cause constipation, diarrhea, and other stomach-related issues.

Eating habits may change as a result of depression as a person may be too fatigued or not feel well enough to eat. And without proper nutrition feelings of depression can worsen. On the other hand, some patients may engage in emotional eating but not as a result of hunger.

Weight problems in depression can occur for a variety of reasons including malnutrition, overeating, poor sleep, lack of physical activity, and other underlying issues which come along with depression. This can result in weight gain or weight loss completely unintentional to the individual.

Depression and the Cardiovascular System

Harvard Medical School found that among those who were hospitalized for depression, they were also two to five times more likely to have chest pains as well. This only reaffirms the physiological effects of depression.

Long-term effects of depression on the immune system 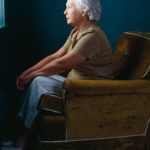 Furthermore, the physical effects of depression on our body, like lack of sleep, also work to weaken the immune system. When we don’t sleep, we become restless and our body can’t restore itself.

It has been studied that people with depression have a higher risk of atrial fibrillation which is known to increase the risk of stroke. With such findings, doctors should not only aim at treating patients depression but encouraging them to practice heart-healthy lifestyle habits in order to protect their heart. Study lead investigator Parveen Garg explained, “Our findings identify a large portion of Americans who may be at an increased risk for developing atrial fibrillation and who may benefit from more targeted efforts to prevent this arrhythmia. If our findings are affirmed in future studies, especially those that formally assess for clinical depression, then we will need to see if treating depression may, in fact, lower the risk for atrial fibrillation.”

A study uncovered that chronic depression can alter the brain. The longer depression goes untreated the higher the risk of brain inflammation. More so if a person has had depression for over a decade versus someone with depression less than a decade. Senior author of the study Dr. Jeff Meyer explained, “Greater inflammation in the brain is a common response with degenerative brain diseases as they progress, such as with Alzheimer’s disease and Parkinson´s disease.”

Depression Increases the Risk of Arthritis

A set of researchers sought to examine just this and to determine how varying levels of depression affect arthritis rates in the older population. The participants were separated into a control group and three experimental groups based on mild, moderate, or severe depressive symptoms.

Combating depression and reducing side effects of depression

Seeking professional treatment is key to reduce the physical and physiological effects of depression. Having the courage to combat depression is the first step to the road of recovery and not only getting your mind back but your body as well.

Having a tight support group is a good place to start. Feeling comfortable and opening up to loved ones is the stepping stone to bringing you to that next level of recovery. Your mind, and body, will thank you if you do.