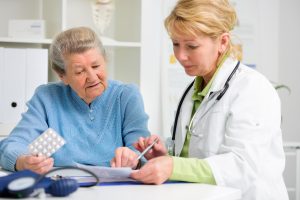 Over the years, over-the-counter and prescription painkillers have come alongside a number of precautions and health warnings. I’m always counseling patients about alternative natural methods for pain relief to try first given these concerns.

Because new research has shown that they could lead to heart trouble.

A study published this April in BMJ Open found that patients who currently or recently used anti-inflammatory painkillers had an increased risk of atrial fibrillation – better known as irregular heartbeat.

RELATED READING: Why your broken heart may never heal

The new study adds to a growing body of research showing that non-steroidal anti-inflammatory drugs (NSAIDs) could be linked to cardiovascular issues, including cardiac arrest. For example, one Danish study published in 2012 found that heart attack survivors who took NSAIDs had an increased risk of having another heart attack or death. And a decade ago, Merck took its bestselling NSAID rofecoxib (Vioxx) off the market after it was associated with as many as 140,000 heart attacks, according to a study published in The Lancet.

NSAIDs like celecoxib (Celebrex) and diclofenac (Voltaren) are commonly prescribed for pain relief for conditions like arthritis. Others like naproxen (Aleve) and ibuprofen (Advil and Motrin) are available over-the-counter, and are used for everything from minor headaches and cramps to regular pain relief during injury recovery.

And irregular heartbeat itself is associated with serious medical issues like stroke, heart failure, and reduced life expectancy. Not only this, but the condition increases the risk of stroke in affected patients by three to five times, according to the Heart and Stroke Foundation.

RELATED READING: Too much of a good thing: How your medications may be killing you

This research was part of the Rotterdam Study, which has tracked adults aged 55 and older in The Netherlands since the 1990s. In monitoring the heart health of 8,423 people over a period of 13 years, the researchers found that 857 of the participants developed atrial fibrillation. Of those, 261 had never taken NSAIDs when they were diagnosed, while 554 had used them in the past and 42 were currently using them.

Current use of the drugs was associated with a 76 percent greater risk of irregular heartbeat than no use at all, after other risk factors like age, sex and underlying heart problems were accounted for. Recent use of the drugs, defined as within 30 days for the purposes of the study, was linked to an 84 percent greater risk of atrial fibrillation. The researchers did find that higher doses of NSAIDs were associated with a higher risk, but the trend wasn’t statistically significant.

It’s possible that the NSAIDs affect the heart because they inhibit the production of cyclo-oxygenase, an enzyme that could increase blood pressure. Alternately, people may be using NSAIDs because they have underlying inflammation, which itself could increase the risk of atrial fibrillation.

The researchers say that whatever the reason for the association, the connection is worthy of further research, especially considering NSAIDs are so commonly used and heart disease is the leading cause of death in the United States.

If you do use NSAIDs for pain relief and are concerned about how they could affect your heart, speak to your physician about the risks based on your individual health history. Consider this a cautionary tale!