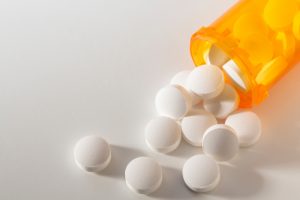 Acetaminophen is a drug commonly used to treat pain associated with headaches, fever, minor aches and injuries. While it has been available as a pain-reliever for more than 60 years, some scientists are just discovering acetaminophen may also dull our emotions.

According to the Consumer Healthcare Products Association, acetaminophen can be found in over 600 different medicines. Common side effects include nausea, upper stomach pain and jaundice. Previous studies have suggested that acetaminophen
might work on psychological pain as well as physical pain; however, Ohio State University research suggests the medication can actually kill your joy.

The results of the study, published online in the journal Psychological Science, indicate that those who took acetaminophen did not appear to know that they were reacting differently or that their emotions were unusual. 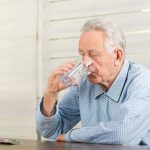 Part of the experiment involved the viewing of 40 photographs ranging from extremely unpleasant scenes, such as distressed, malnourished kids, to very pleasant pictures of children playing with animals. After viewing each photograph, the participants were asked to rate how positive or negative the photo was on a scale of -5, being extremely negative to +5, being extremely positive. They were then asked to rate the same photos based on how they made them feel, with zero being little or no emotions and 10 being extremely emotional.

A second phase of the study included 85 people viewing the same photos and doing the same emotional evaluation, but also reporting how much blue they saw in each picture. Judgements of blue color content turned out to be similar whether the participant took acetaminophen or not.

The authors of the study say the results suggest acetaminophen affects our emotional evaluation, but not the degree of our judgements.

Acetaminophen affects other emotions as well 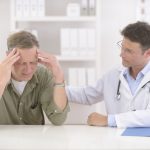 The Ohio State study comes just one year after the University of British Columbia (UBC) released study results that showed Tylenol, a pain-reliever that contains acetaminophen, can dull a person’s fear.

The UBC researchers discovered people taking Tylenol were a lot more lenient when judging acts of violence in criminals and were more relaxed when considering their own deaths.

UBC researchers called their findings “startling” at the time. They found it curious that a medication designed to kill a headache pain could numb people to worrying in normally frightful situations.

Based on these study results some people suggested Tylenol might be a good medication for those who suffer from anxiety, but the researchers immediately cautioned people. They insist much more scientific investigation is required.

This study, coupled with the recent Ohio State research, is raising some interesting questions about pain medications and treatment. For example, researchers are wondering if other pain-relievers like aspirin and ibuprofen might have the same effect on people’s emotions. Future studies are likely.

According to the Institute of Medicine, at least 100 million Americans suffer from common pain conditions every day. Finding the right pain-reliever, one that works and one that is safe, is a concern for many.

More people are turning to alternative therapies to deal with pain; they don’t want to encounter side effects associated with common drugs, whether they are physical or emotional. Pain prevention experts say the following are some of the more popular natural remedies:

If you decide to go the natural route, discuss it with your physician first. You may be taking other herbs or supplements that don’t mix well with the new remedy you want to try.

These over-the-counter painkillers could be harming your liver
Today, millions of Americans suffer from chronic back pain or damaged joints – what’s also known as osteoarthritis. The condition is not only challenging to diagnose, but difficult to treat. That’s because there are many causes and contributing factors, and a host of treatments that may or may not work at all.

Taking painkillers on a regular basis? There’s a better fix
You probably stick to the usual remedy of taking a pain-reliever containing acetaminophen, the over-the-counter drug that’s often an alternative to aspirin. They can take hours to kick in and don’t last very long. So you end up opting out of activities, hobbies and enjoying the things you want to do – because your knees hurt.

Fix aches, pains with natural muscle relaxers
We’ve all experienced muscle pain at one time or another. You know, the kind triggered by muscle strain, nerve compression, injury, not to mention joints that are completely ….Read more