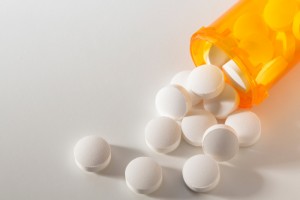 The FDA will clamp down on the labeling of non-steroidal anti-inflammatory drugs (NSAIDS) in the coming months.

According to its website, the FDA will require manufacturers of prescription NSAIDs and of over the counter NSAIDs to update their labels with more specific information about heart attack and stroke risks.

In 2005, the FDA added a box on prescription drug label to warn people of these risks. With the new FDA guidelines, these labels will now have further information on how non-steroidal anti-inflammatory drugs (NSAIDs) can increase the chance of a heart attack or stroke.

Karen Mahoney, the deputy director of FDA’s Division of Nonprescription Drug Products, urged people not to take more than one product that contains an NSAID at a time.

Prescription NSAIDs are usually used to relieve symptoms of conditions such as rheumatoid arthritis, osteoarthritis, ‎gout and other and painful conditions. Over the counter NSAIDs are used to treat minor aches and pains such as headaches, tendonitis, strains, sprains and menstrual cramps.

Common over the counter NSAIDs include naproxen (Aleve) and ibuprofen (Motrin, Advil). Although aspirin is also an NSAID, this revised warning doesn’t apply to aspirin.