Home » Brain Function » Sleep » What Cheese Does for Your Nightmares 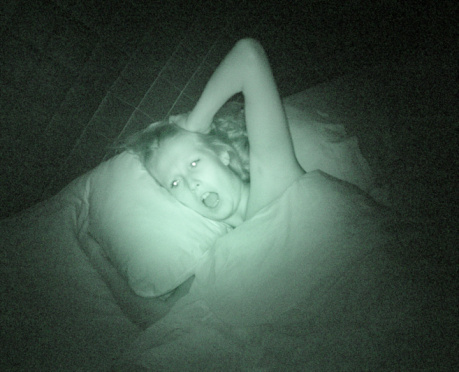 A nightmare is a scary and vivid dream that causes an individual to awake abruptly. Frequent nightmares can cause exhaustion, reduced brain function and memory impairment during the day and they can lead to sleep problems and insomnia during the night. Although there is no singular proven cause of nightmares, studies have found that certain medications, mental health illnesses, post-traumatic stress disorder, REM Sleep problems and extreme stress can all increase the likelihood of experiencing them. According to an old wives tale, eating cheese before bed can also cause nightmares. When, where and why this theory began is anyone’s guess, but as of yet no credible studies have been conducted to prove it. Despite this fact, there may be some truth behind the theory because cheese contains a few different substances which are known to effect brain function.

Cheese is rich in tyramine – which is an amino acid that stimulates the release of norepinephrine and epinephrine (better known as adrenaline). These two hormones stimulate the fight or flight reaction, and they can cause sleep problems such as insomnia, anxiety attacks, tension and more vivid dreams —all of which are associated with nightmares.

Cheese is also a heavy food that is high in fat, and eating it right before bed can cause indigestion. Indigestion can disturb your sleep and disturbed sleep is associated with more frequent nightmares. It may also be the case that the disturbed sleep caused by heavy foods such as cheese doesn’t actually cause more nightmares but they cause the perception of more nightmares. How so? Well, when you wake up more throughout the night you have a higher chance of remembering any bad dreams that you may have had.

RELATED READING: How Much Sleep is Too Much?

Another substance found in cheese that may affect brain function and the possibility of experiencing sleep problems is tryptophan. Tryptophan is an amino acid that your body uses to produce the ‘happiness’ neurotransmitter — serotonin. Although tryptophan is sometimes used successfully to treat insomnia, the increase in serotonin levels that it causes can lead to a reduction in REM sleep, insomnia and very vivid, lifelike dreams. Increased serotonin levels have also been associated with more frequent nightmares in certain individuals.

Another explanation to how the cheese/nightmare association began is the effect that consuming cheese has on individuals who are taking monoamine oxidase B inhibitors (MAOs). MAOs are drugs that were commonly used in the 1950s to treat depression but they are much less common today due to the development of antidepressants with fewer side effects. MAOs reduce the breakdown of serotonin in the brain which helps to relieve depression but they also prevent the breakdown of tyramine. A buildup of tyramine can cause high blood pressure, rapid heartbeat, stroke, elevated adrenaline levels and as mentioned above high levels of tyramine can indirectly cause nightmares.

Although cheese contains three possible substances which can affect brain function and sleep patterns, it is unlikely that a small serving before bed will provide a high enough level of these ingredients to actually yield such effects. Although unlikely, it is not impossible, and if you are on MAOs or notice a connection between late night cheese consumption and nightmares then it would makes sense to forgo the cheese if you are within a few hours of bedtimes.