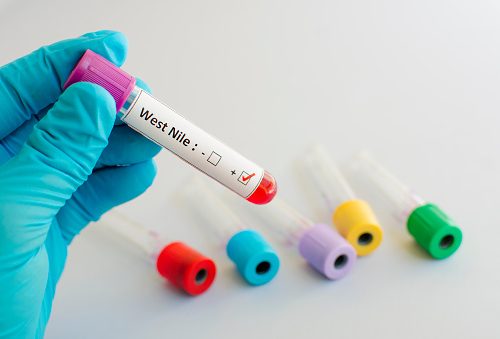 Neurological problems resulting from West Nile virus have been found to be grounded in the patient’s immune response caused by one’s own immune system destroying parts of the brain. The findings suggest that timely intervention may help prevent brain damage and promote patient recovery.

Senior author of the study Robyn Klein said, “When I talk with other doctors about West Nile patients with these persistent neurological deficits, many say, ‘The virus in their brains must have killed neurons, and there’s nothing we can do about it.’ My thinking has been, if we can determine what triggers this brain damage, maybe we can prevent it from happening or stop it afterwards.”

For their study, the researchers developed a mouse model of West Nile virus by injecting a weakened strain of the virus directly above the hippocampus. After a month, the mice recovered from the infection, and the researchers tested their ability to navigate a maze.

The mice were unable to navigate the maze, but their hippocampal neurons were not killed. Rather, the researchers found that microglial cells – cells participating in the immune defense processes in the brain – were clustered around the neurons at the site of infection and were highly activated.

The researchers also found high levels of an immune protein known as complement in the brains of mice with memory loss. Brain cells communicate with each other through the formation of synapses. Under normal circumstances, more synapses are created than actually needed. Complement protein marks the extra synapses not needed for communication to be removed. West Nile virus was found to cause destruction of necessary synapses that are normally participating in strong memory development. The result? Shortage of synapses translating into worsened memory.

Klein added, “There’s never been any model of cognitive dysfunction due to brain infection that shows that eliminating synapses without loss of neurons could cause these symptoms. It’s really a paradigm-shifting idea that a viral infection can do this. It also makes us wonder whether these mechanisms are involved in other diseases associated with memory loss.”

The problem is, unlike healthy individuals who create new synapses as they acquire new skills and knowledge, West Nile patients may not be able to replace the lost ones, hence their memory issues.

Some people who contract West Nile virus can go asymptomatic and not even realize they have the virus. Others develop neurological problems that can sometimes be fatal. Research has shown that an exaggerated and abnormal immune response may be responsible for these differences.

The researchers compared blood samples from 24 blood donors who had earlier asymptomatic infections and from 16 individuals diagnosed with West Nile virus who experienced neurological symptoms and illness. The researchers focused on specific repertoires of CD4+ T cells – helper cells – present in the blood samples.

The researchers concluded that “individuals with neuroinvasive West Nile Virus infections have exaggerated and atypical responses to the virus.”

The National Institute of Allergy and Infectious Diseases (NIAID) has sponsored the clinical trial of a new vaccine designed to protect against West Nile virus. Continue reading…