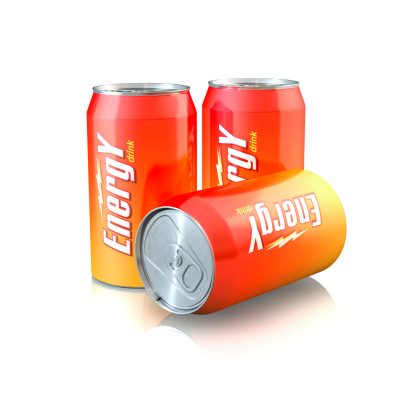 To the younger population, energy drinks are a lifesaver and this is because these keep them awake during the day and help them to complete any assigned tasks.  Energy drinks first appeared on the market in the 1960’s in Asia and Europe and were later distributed in North America during the 1990’s.  Energy drinks contain high amounts of caffeine, which helps an individual in staying alert and awake for several hours and possibly an entire day.

Caffeine has been used in other beverages such as coffee and tea and thus its presence in energy drinks has been well received in society, the use of energy drinks that contain caffeine may also pose certain dangers to the drinker.  According to the recent medical report, energy drinks are contain high amounts of sugar and thus may result in problems with weight gain.  Sugary drinks, including energy and soft drinks, contain high amounts of calories and thus may stay in the body.  Any unspent calories taken in each day are changed into fat, which in turn may result in weight gain.

The same result of having unused calories has been reported with eating junk food.  The younger generation is a strong consumer of junk food because these food items are easily accessible, very tasty and presentable.  Junk food rich in calories is thus strongly linked with weight gain and other medical conditions such as diabetes and heart disease.

One of the dangers resulting from the use of energy drinks is thus weight gain, which may be due to the amount of calories present in these drinks.  It may be possible that energy drinks may be considered later as junk food because the amount of calories it contains may not be helpful to the body.  The medical report has also associated the use of energy drinks with changes in sleep patterns, in which a person ends up not only staying awake and alert all day, but also during the rest of the night.  During the late hours of the evening, a person often tends to consume junk food while waiting for sleep to slowly creep in.  Thus, the person further adds more calories into his or her diet through the consumption of more junk food that is high in calories.

Controlling the amount of calories taken in each day may be considered a skill because this requires regular checking of the type and amount of food items eaten.  Fruits and vegetables are generally low in calories and thus are identified as healthy and nutritious food items.  On the other hand, energy drinks contain high amounts of calories that may be a problem for weight control if consumption of this beverage is done on an extended period of time.

The use of energy drinks and alcohol may also result in problems in weight.  According to the medical report, energy drinks high in calories may also react to alcohol, resulting in unpleasant results such as major hangovers.  The medical report has also shown that people who use both energy drinks and alcohol feel anxious, possibly due to the presence of both caffeine and alcohol in their bodies.  There are also observations that people who take energy drinks find that alcoholic drinks are not as useful as before and thus they often end up drinking more alcoholic drinks to get that feeling of relaxation after a long and busy day at work.

The use of energy drinks may be temporarily be helpful to individuals.  However, these beverages may also bring problems to health, especially when these are known to be rich in calories, later bringing problems in weight.  Using energy drinks and alcohol also appears to be dangerous because it can affect sleep patterns and help in the development of heart problems.